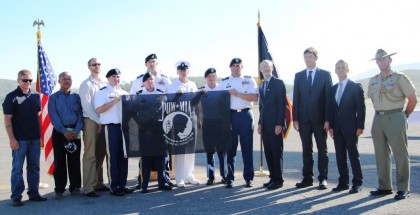 The Government of the United States of America has hosted a solemn repatriation ceremony for the remains of servicemen killed in action in Papua New Guinea during World War II.

The US Embassy to Solomon Islands, Vanuatu and Papua New Guinea confirms the remains will be returned to the United States.

They were found during a recent mission carried out by the ‘Prisoner of War/Missing in Action’ Accounting Command.

The brief ceremony paid tribute to the valor of those lost and underlined how their sacrifice had led to enduring ties between the people of the United States and Pacific.

US Ambassador, Walter North paid tribute to fallen soldiers saying their sacrifice and service in the Pacific will be honoured.

The United States remains committed to achieving the fullest possible accounting of Americans lost during the Second World War.