Honiara City Council By-Election for Vavaea Ward is set for tomorrow (20th July), as polling stations opens at 7 am and will close at 5 pm. 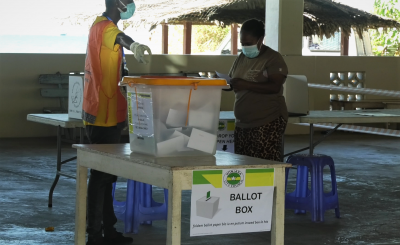 Returning Officer, Fred Jones Warereau said that Election preparation has been done and all Polling Officials are well prepared.

Warereau, further states that a total of 4 Candidates are confirmed to contest in tomorrow’s Election and they are Richard Ramoni Fugui, Andrew Manaisi, John Ivan Aruhane and Ezra Fo’oro.

He said the number of candidates has decreased from previous election held.

The Returning Officer further states that after the close of voting, counting of ballots will be done straight after at the Rove Police Club, and results to be made known.

City Clerk Justus Denni said “The moment has come for every eligible Voters in Vavaea Ward to Elect their Councillor who will serve them for the remaining 10 months”.

“I therefore encourage every 5120 registered Voters to come forward and cast your votes for your preferred Candidate”, he added.