We must commit one another in our pursuit for economic prosperity: Minister Seleso

‘As people of Guadalcanal and Solomon Islands, we must all be proud of ourselves. We must commit to one another in our pursuit for economic prosperity.’ 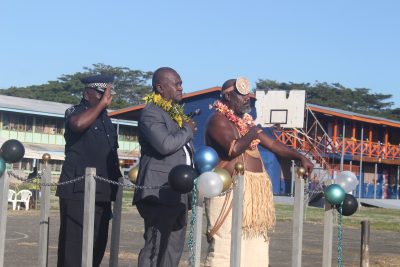 “In this manner, our Island, our pride, and our future can be secured for our own wellbeing and that of our future generation,” Minister Seleso adds.

The theme for the celebration is ”Conserving Our Heritage and Championing Development through Government, People, Businesses, and Churches’ Partnerships”.

Minister Seleso assured the people of Guadalcanal of the government’s support for the province.

“Please be assured of the commitment of the National Government and the cooperation we have established during the past years.

“We will continue to provide support and to ensure that the people of this province benefit from the assistance the National Government is providing,” he said. 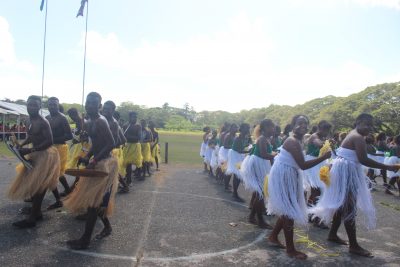 Performers at the celebration.

Meanwhile, Premier of Guadalcanal province Francis Sade called on the people of Guadalcanal to live an inheritance better than it was passed on to them.

“We observe today not as a victory, but as the celebration of the determination of our fathers and us, to live an inheritance better than it was given to us.

“Symbolizing an end as well as beginning, signifying renewal as well as change. So much may have clouded our path over the past 38 years, yet their ideals shine in our path.”

Organized by the Guadalcanal Provincial Government, the celebration included an official program followed by on-stage entertainment and dance performances

This year’s celebration is the fourth second appointed day Anniversary celebrated under the Sade Government for Inclusive Change and Sustainable Development (GICSD).

Solo, the mascot for the 2023 Pacific Games also made its first public appearance during yesterday’s event and was also a highlight of the celebration. 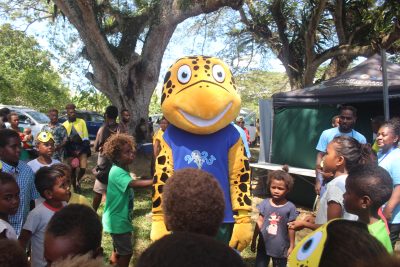 The celebrations also coincide with the handing over of a new two-story boys’ dormitory to St. Joseph’s National Catholic Secondary School.

Leader of Opposition Matthew Wale has announced that he is today filing a notice of a vote of no confidence against the Prime Minister Manasseh ... Read More