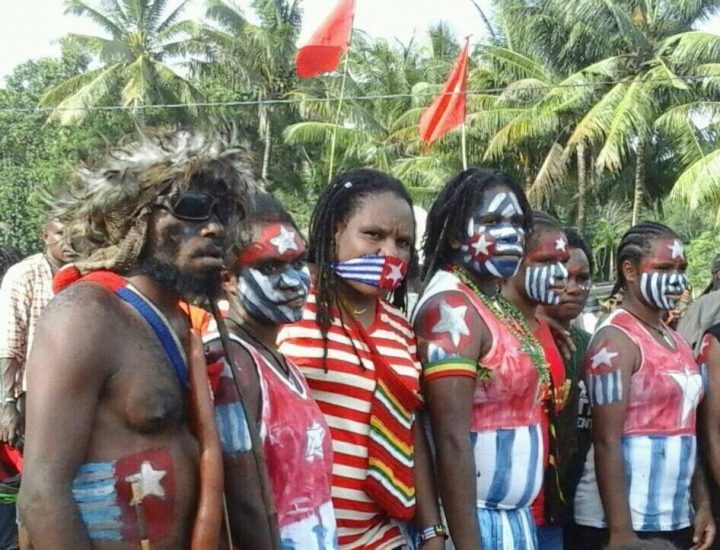 The Indonesian Government has used “sovereignty” as an excuse to suppress West Papuans’ demands for self-determination, commit human rights violations, murder hundreds of thousands of indigenous West Papuans, dispossess them from their lands, and thwart international discussions about the issue since 1969, says a Solomon Island scholar.

Associate Professor Tarcisius Kabutaulaka of the Centre for Pacific Island Studies in East West Centre, Hawaii says, this process is characterized by intimidations and a lack of legitimate representation.

He said, worse, this fraudulent process was facilitated by the United Nation and supported by powerful countries like the U.S., Great Britain, France and Australia. Countries that today flaunt narratives of moral high ground in discussions about international issues.

Dr. Kabutaulaka said, the Indonesian Government has since used the Act of Free Choice and the indifference of the international community as a “weapon” against dissent and to solidify its control of West Papua, excuse its human rights atrocities, and suffocate international discussions.

This he referred to as the ‘weaponization of a fraudulent process’.

Mr. Kabutaulaka adds, Jakarta dismisses indigenous West Papuans’ demands for self-determination, referring to such demands as a “separatist movement”. This is a deployment of language to imply that West Papua has always been a part of Indonesia and the union is natural.

Mr. Kabutaulaka adds, also central to the West Papua story is the extraction of natural resources to finance the Indonesian economy where the biggest mining operation, the Grasberg mine is owned by Freeport-McMoran Copper and Gold Inc., a U.S. company.

In July 2018, the other shareholder, Rio Tinto, sold its share to PT Indonesia Asahan Aluminum, an Indonesian state-owned enterprise, for 3.5 US billion.

West Papua is therefore vital to the Indonesian state, which explains why Jakarta is nervous whenever the issue of human rights and self-determination are discussed in the international arena.