The Managing Director of Oceanic Marine Equipment PTY Limited Albert Wong, has sent a legal notice alleging the Office of the Director of the Pubic prosecution forced him to testify in the trial of former Savo-Russell M-P Dickson Mua.

Albert Wong a key prosecution witness is suffering from anxiety depression disorder and is currently in Australia undergoing treatment.

He was supposed to return to the country yesterday and give evidence in Court today.

In the email, Mr Rano alleged the prosecution’s treatment of Mr Wong was inhuman and inconsiderate.

Prosecutor Sirepu Ramosaea in response told the Court, the Office of the DPP will investigate the allegations the witness made against them.

Meanwhile, Mrs Ramosaea applied for a thirty day adjournment until Mr Wong’s doctor says he is able to return to the country to testify.

She said all along the prosecution expected Wong to return to the country before the trial commenced. She added, the witness still shows a willingness to appear in Court when his health improves through his correspondence with the prosecution.

The prosecutor said the case is of public interest involving public funds and prosecution will not close its case until he testifies.

But Mr Mua’s lawyer Leslie Kwaiga objected the application saying the witness is not bound by the law to come to court and the DPP has not served him with a summon from the High Court. He said Mr Wong can stay forever in Australia and never testify.

The defence lawyer said there is no assurance from Wong’s medical reports that his health will improve within the 30 days as sought by the prosecution.

Mr Kwaiga said the 30 day adjournment will affect his client who is an intending candidate in the upcoming election. He said Mr Mua will be prejudiced as a criminal by his rural constituents.

Chief Magistrate Emma Garo will deliver her ruling on the application, Monday next week. Mr Mua will then travel to his constituency in the Russell islands to submit his name for the election after  the ruling.

The former MP who has served two terms in office, is alleged to have converted a three million dollar grant from the National Transport Fund, NTF, in 2013 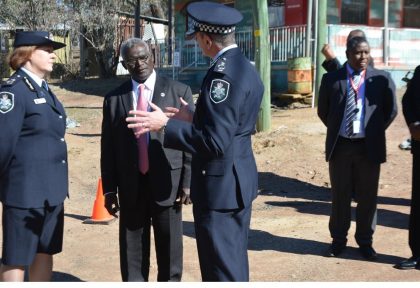