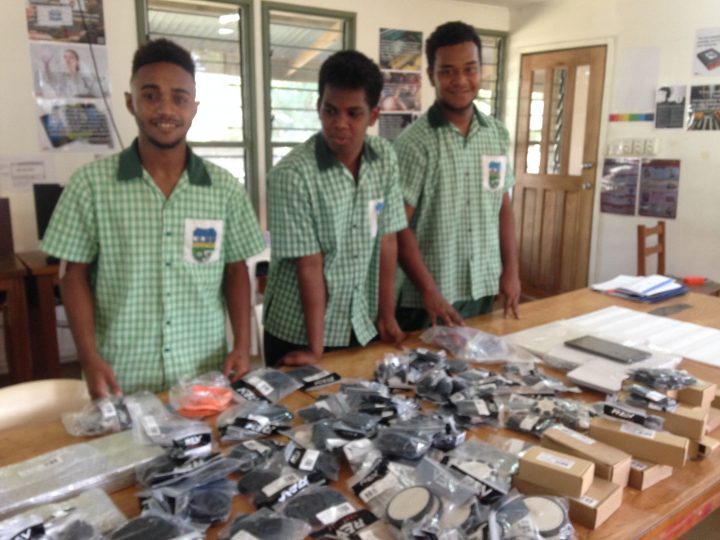 William Poznanski, Edward Patternot and Renney Sufiona have been selected for the competition

Three Students from Woodford International School have been selected to represent Solomon Islands in the 2018 First Global Robotics Competition in Mexico City.

The competition will take place from August 15-18 at the Arena Ciudad de México.

The First Global Challenge is an international robotics event with more than 175 nations across the world expected to participate.

Participating teams composed of students – aged 14 through 18 years – with the common goal of increasing their knowledge of Science, Technology, Engineering, and Mathematics.

The aim was to encourage them to become the next generation of scientific leaders who will work together to solve some of the world’s most pressing problems, from food security and access to clean water, to finding better medicines and securing cyberspace. 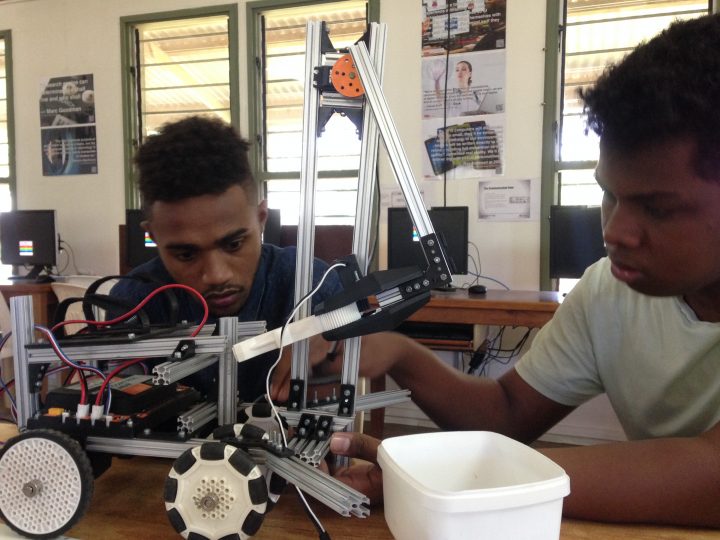 The students with an invention

“We are building and programming a robot”, he said.

Mr Rakesh said from commonly used fossil fuels to environmentally friendly resources like solar and wind, energy is a tool that powers the different parts of the world one way or another.

“The competition will shift alliances of three nations who will compete to fuel power plants, initiate renewable energy plants, and build a resilient transmission network.”

Woodford school last year participated in the competition for the first time in Washington DC, and made reasonable success.