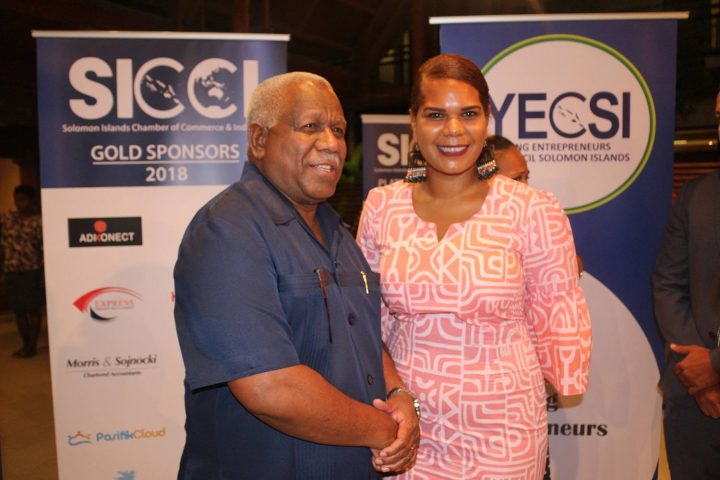 60 young business entrepreneurs in the country are currently employing about 400 Solomon Islanders.

Prime Minister Rick Houenipwela announced this in his closing remark during a dinner hosted for the 50 youths who participated during the 4th youth parliament last week.

Prime Minister Houenipwela said it very encouraging to see the youths creating employments for the locals.

He explained, the 60 young business entrepreneurs are members of the Young Entrepreneur Council in Solomon Islands (YECSI) and are currently operating businesses in the country.

“These 60 YECSI members are operating businesses in Malaita, Western, Ren-bel, Makira, Isabel and Honiara. And between them they are currently employing 400 other Solomon Islanders. This is groundbreaking news. Our youth entrepreneurs have become employers themselves.”

While the strategy is not yet finalised, Prime Minister Houenipwela said his government has already started implementing some of its aspects which include the launching of the YECSI on the 12th of this month.

“While the National Youth Employment and Entrepreneurship strategy is still being finalised , my government has already commenced implementing a number of aspects of the strategy under the new National Youth Policy.

“Last Friday 12th October 2018 i was privileged to launch the Young Entrepreneurs Council in Solomon Islands, YECSI. This is a brand new private public partnership platform involving our private sector represented by our Solomon Islands Chamber of Commerce and Industries.”