The Member of Parliament for West Are’are has called on people in Malaita province to allow their land for development.

John Maneniaru made the statement last Friday at the close of theMalaita Development Conference at Aligegeo.

The Conference had attracted hundreds of Malaitans living in the province, Honiara and overseas and had ended successfully after three days of discussions.

Initiated by the Malaita Provincial Government, the Conference sought views and ideas from Malaitans on what they can do together to move the province from its current position to where they want the province to be in the next 60 years.

Speaking at the closing, the Member of Parliament for West Are’are said people in Malaita must let their land for development.

“Let us allow ourselves to think development first rather than thinking of money first. We can do what we are capable of even without money, but at the moment we have this mentality of money first before work.”

The West Are’are MP also highlighted the importance for alignment between Members of Parliament and Provincial Assembly Members.

“MP’s and MPA’s alignment, we at the national level could not connect so well. How can we connect, where is the plan whilst contesting against each other, not seeing eye to eye. That is hindering our development aspirations. The very people who should develop the constituency are splitting, people with intellectual capacity following all the candidates than working together only wasting four years one after another and so forth and we have been repeating that until today. As a politician, I would like to admit that today.”

The 2015 Malaita Development Conference theme was “The Way Forward”. 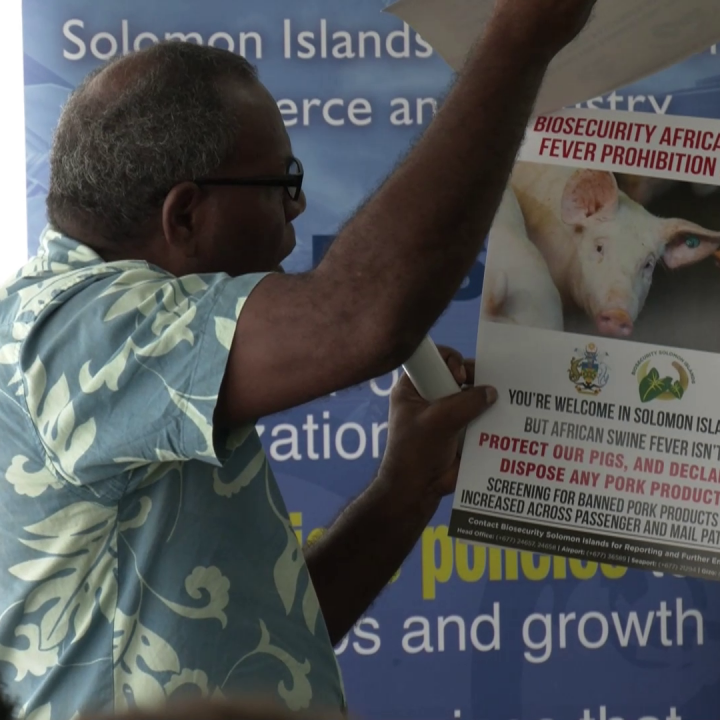