A 15-year-old male suspect was charged with murder after he allegedly stabbed his elder brother in Makira-Ulawa Province, Police say today. 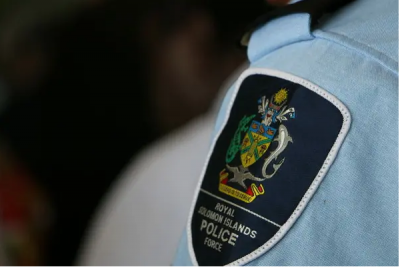 Officers of the Royal Solomon Islands Police Force (RSIPF) at Kirakira Police Station in Makira-Ulawa Province have charged the 15-year-old man for allegedly stabbing his elder brother with pruning secateurs on 12 March 2022.

Provincial Police Commander (PPC) Makira Ulawa Province Superintendent Peter Sitai says, “According to a police report, the father and his three sons with two other boys were drinking homebrew known as island rum when the unfortunate incident occured.”

PPC Sitai says, “Whilst drinking, an argument broke out between the brothers. The elder brother (deceased) stepped in to try to stop them, but unfortunately the accused turned around and stabbed him.”

“Such incident is uncalled for and I would like to appeal to leaders and fathers to be mindful of your actions as it sometimes leads to victimising the lives of innocent immediate family members,” Superintendent Sitai says.

Mr Sitai appeals to relatives to stay away from retaliation and allow police to continue with its investigations.

Police are appealing to members of the community in and around Marunga village who might have information to come forward and assist police with investigation. The accused will appear before Kirakira Principle Magistrates’ Court on a later date.

YOUNG MAN BELEIVED TO BE INSANE ARRESTED FOR DOUBLE MURDER