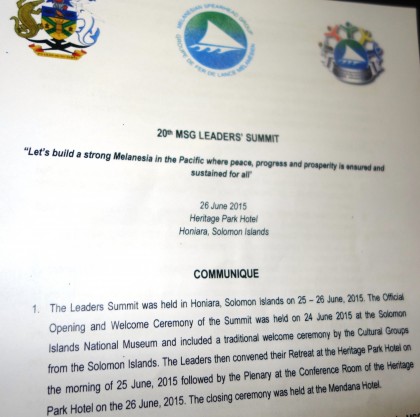 The communique for the twentieth MSG Leaders Summit was formalised and signed last night instead of today because a number of MSG Prime Ministers, including Fiji Prime Minister Frank Bainimarama, will leave Honiara today.

It also reports MSG has granted associate membership to Indonesia.