44th Independence Anniversary to be celebrated with thanksgiving service

This year’s 44th Independence Anniversary will be celebrated with a thanksgiving church service as part of the low key celebrations. 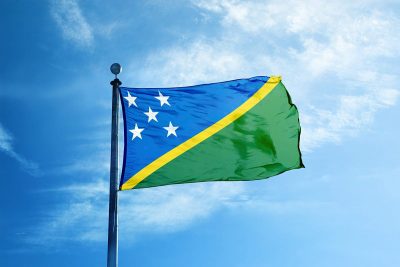 The thanksgiving service will be attended by dignitaries including the Acting Governor General, the Prime Minister, Government Ministers, Members of Parliament, Members of Diplomatic Missions and other VIPs.

The Independence Working Committee is preparing the Maranatha Hall at Burns Creek in East Honiara this week to host the thanksgiving service on Thursday 7 July from 8:00am to11:30am.

Prior to the service, a float parade to be led by the Royal Solomon Islands Police Band and Cultural Drum Beaters will proceed from White River to the Maranatha Hall. Government Ministries, Schools and other selected groups will join the parade from Point Cruz.

Members of the public are also invited to join the celebrations in prayer during the service.

The mini live string band concert will be live broadcasted and stream online for views across the country.

The Independence Working Committee is encouraging communities across the country to celebrate this year’s anniversary on the Theme “Iumi Tugeda for a Stronger and Peaceful Solomon Islands”.

OPPOSITION CONCERNED OVER NEPOTISM TO GUAM 2016

Festival of Pacific Arts 2016. Photo credit: gov.mp The Parliamentary Opposition Group is concerned that nepotism has influenced the list of cultural groups that will ... Read More