A summary of Prime Minister Sogavare’s UNGA and other engagements

Prime Minister Hon. Manasseh Sogavare returned home from 3 weeks of official engagements overseas having participated in various important meetings including the 77th United Nations General Assembly in New York, US-Pacific Island Leaders Summit in Washington DC, meetings with the Government of Singapore, Prime Minister of Australia and a host of other multilateral and bilateral dialogues. 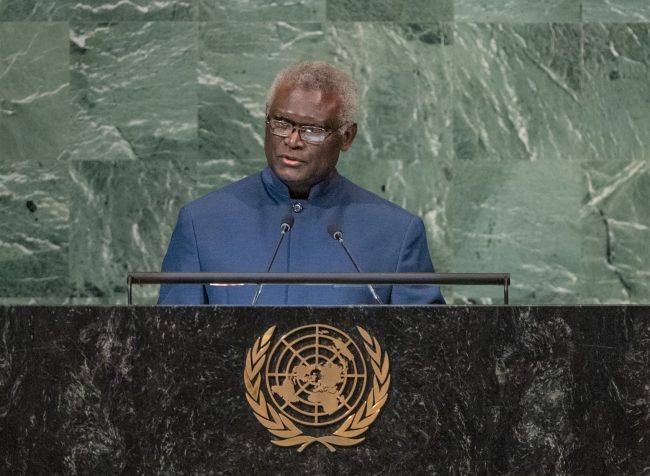 As for bilateral and multilateral engagements at the margins of the UNGA, Solomon Islands has sealed new diplomatic relations with Barbados, the Kingdom of Bahrain (an Oil rich nation in the Middle East).

The bilateral meetings results in; 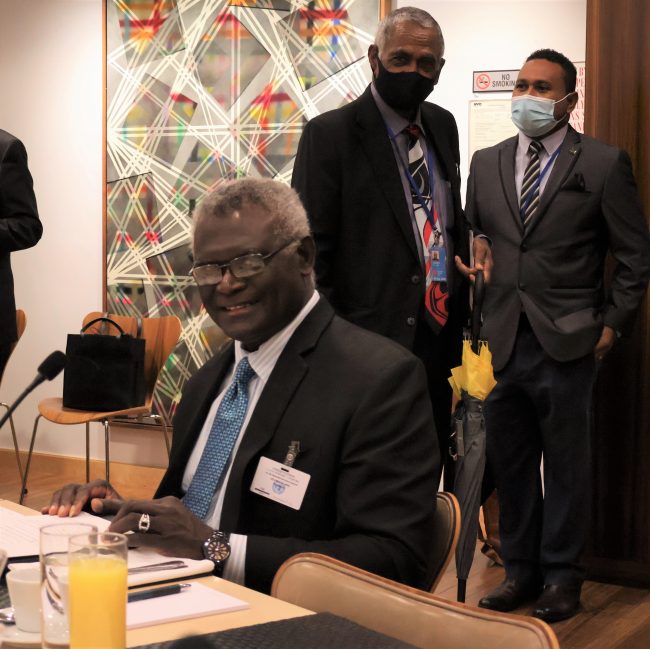 Prime Minister Sogavare and his delegation spent the final week of September in Washington DC for the first ever US-Pacific Islands Leaders Summit.

This is yet another success story as the US-Pacific Island Countries have reached a consensus on a declaration that is aligned with the 2050 strategy.

It is important to underline, the declaration is inline with the Solomon Islands foreign policy of “friends to all, enemies to none,” a policy Prime Minister Hon. Manasseh Sogavare repeatedly preached at home, abroad and at the highest platform, the UNGA. 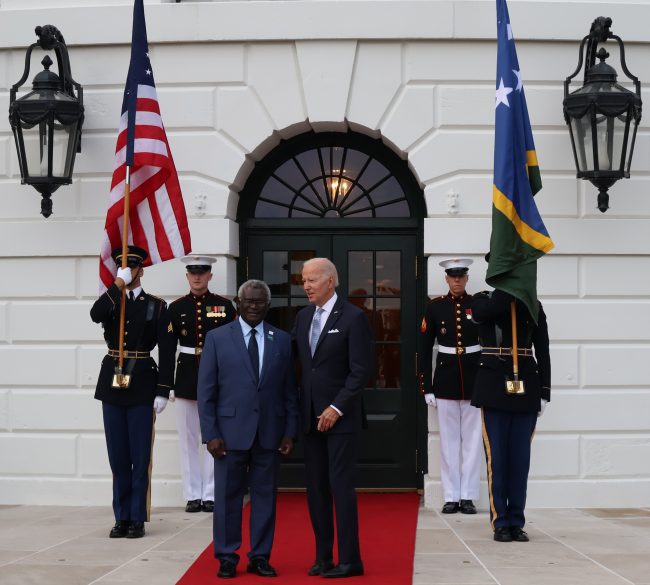 Solomon Islands will benefit from a US810 million expanded US program to improve the lives of Pacific Islanders announced by US President Joe Biden during the inaugural US-Pacific Summit.

In the first week of October, Prime Minister Sogavare and his delegation travelled from Washington DC to Singapore, for two official engagements. The first was with the Singaporean Foreign Minister Vivian Balakrishnan. His second meeting was with the Asia Pacific Leaders malaria Alliance Secretariat, APLMA.

The meeting with the Singapore Foreign Minister resulted in both countries agreeing to assist each other share best practice experiences, education and capacity building.

The APLMA meeting was crucial as the Annual Malaria Parasite Incidence (API) for Solomon Islands remains the highest in the Asia Pacific region.

The importance and urgency to bring malaria control back on track in Solomon Islands was the Prime Minister’s core message to APLMA. DCGA commits to control and ultimately eliminate malaria from Solomon Islands. He suggested that the Government and APLMA drive national efforts to control and eliminate malaria especially in the period leading up to the 2023 Pacific Games. The national Malaria Elimination Roadmap will be reviewed to achieve that purpose.

APLMA is optimistic that Solomon Islands and the Asia-Pacific will end malaria by 2030. 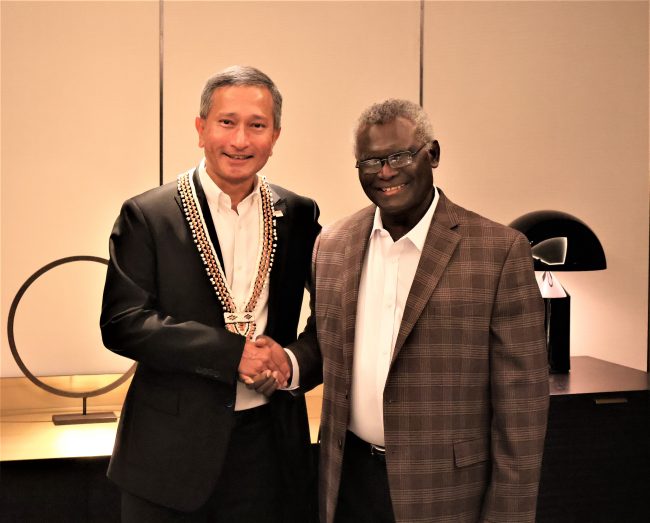 PM Albanese was assured of DCGA’s commitment to work closely with him and his government as a member of the Pacific family and a close neighbour based on trust and mutual respect. 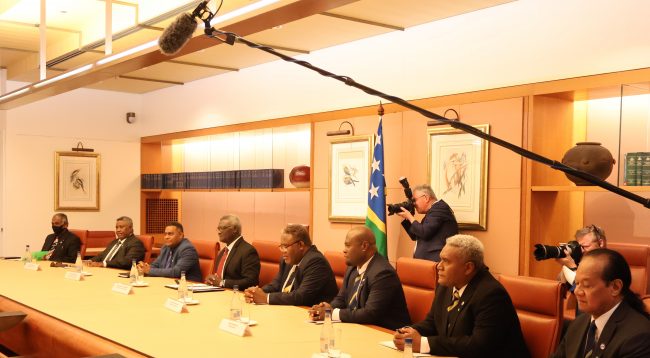