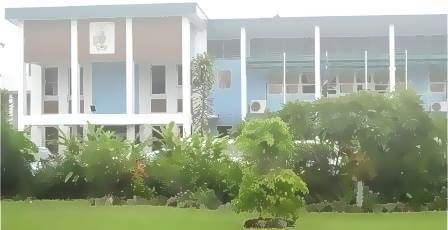 The Cabinet under the leadership of Prime Minister Rick Houenipwela has used its power to force the Ministry of Finance and Treasury to include its unbudgeted supplementary in the 2018 Supplementary Appropriation (No2.) Bill 2018.

The revelation came after a total of $429,815 supplementary estimates were appropriated by the Parliament last week for bills incurred by the Prime Minister’s camp at Heritage Park Hotel last November during lobbying to form the current government and $750,000 estimates for lunch for the cabinet and caucus.

Director of Budget Unit within the Ministry of Finance and Treasury-Mr Coswal Nelson told SIBC Online in an interview, their decision to recommend in favour of the unbudgeted Supplementary for government’s rental and lunch is purely political and unbudgeted spendings should not be included in any government budget.

Mr Nelson said, this has been one of the biggest challenges for his unit because the cabinet uses its political influence to undermine the budgetary process.

The Budget Unit Director made his statement to support the outspoken member of Parliamentary Accounts Committee and Member of Parliament for Aoke/Langlanga Constituency-Hon Matthew Wale, who said prior to the passing of the supplementaries that they are illegal and unethical and therefore should not be appropriated by Parliament.

Muria Junior made the legal clarification prior to the passage of the bill last Wednesday.