SIBC| Voice of the Nation
HomeGovernmentPolitics 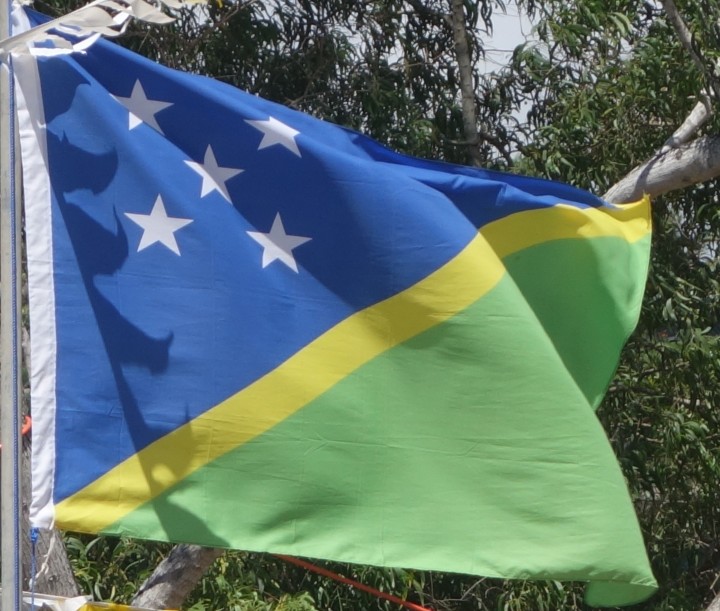 In almost 40 years of political independence, our collective and personal experience shows that a combination of naturally selfish human nature, easy access to unearned money, donors offering weakly administered external aid and the absence of any home-grown behavioral rules definitely does not make for effective democratic government. At the same time, we have no indigenous tradition of broad-based leadership or coordination of effort and use of resources outside the immediate family.

Accounts by early church missionaries and colonial officials of what trans-Pacific explorers had labelled ‘Melanesia’ and ‘Solomon Islands’ described fragmented populations of separate village communities with no wider sense of mutual responsibility, apart from periodic collaboration in headhunting expeditions to other islands. This is still a recognizable description of Solomon Islands — with the exception of headhunting, which has apparently been replaced as a characteristic activity by the safer but more comprehensive theft of public money through the use of Constituency Development Funds.

Now, 40 years on, if we are to make the future better than the past, we need a government that will deliver political inclusiveness, public accountability and development effectiveness.

Here we share our examination of these three necessary and positive outcomes and what is needed to achieve them.

Some government activities encourage division and competition for resources among social, political, geographic or racial groupings. In a democratic system, this results in political parties forming to compete for resources and use their voting power in the legislative body. Nobody pretends that this is efficient in any sense other than rewarding the accumulation of voter support — by whatever means — but it is widely used in democracies around the world. The results are often inequitable, and on the face of it, unintended. What happens is that the rich get richer, and the poor get what’s left.

With no local history of elected political parties to draw on, in the run-up to SI independence, the UK proposed a system similar to that used in the UK for regional (county and urban) governance. In this, decisions on resource mobilization and allocation are made by a committee of departmental heads (who are all elected councilors, backed by technical officials) so that any tensions are between the needs of, e.g., agriculture and infrastructure, rather than the ambitions of Party A and Party B. This was the ‘Council of Ministers model’.  The proposal was seriously considered in Honiara but was strongly opposed by Solomon Mamaloni, who was intent on becoming the first Solomon Islands Prime Minister with full executive and political powers.

In the event, Mamaloni’s views prevailed, a conventional constitution was adopted, and Peter Kenilorea became the first PM in 1978 with Mamaloni as Leader of the Opposition. He later became PM and remained politically active in or out of office until his death. Mamaloni’s intense interest in the detail of government process and regulation (he worked for years on the ‘Pink Book’, which he intended should replace all existing manuals) affected his ability to grasp and deal with the big-picture issues that loomed large as independence approached. The opportunity at independence to adopt a constitution that would encourage allocation of public resources in pursuit of recognized social and economic objectives (rather than political party ambitions) was thus lost. The current public interest in government finance, to which this paper is a contribution, presents an opportunity to correct this.

Those who form governments, both elected politicians and appointed officials, have a legal and moral responsibility to account to the general public for every dollar of public expenditure and to aid donors for every dollar of assistance used in ‘national development’. To do this, government must plan financial expenditures systematically and submit their proposals to Parliament in an accessible and understandable form. After approval, government must follow approved procedures, keep full and accurate records, and report regularly on actual revenue, expenditure and any changes that may be needed to the approved estimates.

Recent SI governments have a poor record of timeliness, accuracy and completeness in their financial estimates and performance reporting. Transparency Solomon Islands, acting as independent watchdog and public informant, regularly identifies and investigates areas of weak or non-existent financial management that leaves public funds open to theft or diversion at the whim of essentially self-enriching human nature. Areas of particular concern include government procurement systems, operated through tender boards advised by personally interested or easily corrupted public officers, or direct purchase by public officers bribed by in-the-know suppliers in SI or overseas; and administrative allocations of public land by corrupt officials to themselves or private developers in SI or from overseas.

Psychologically robust, well-informed, adequately paid and well-managed officials are required to operate government systems efficiently and effectively and to resist pressure from domestic and external sources to act corruptly. This can only be achieved with the necessary political will to have and defend an uncorrupt system. That will has been substantially undermined and must be revived.

Development — i.e., a sustainable increase in productive activity, income per head and social services, is achieved by better mobilization of domestic and external inputs to production of goods and services for local use and for export.  In Solomon Islands this means bringing together domestic physical and human resources with imported skills, productive assets, market access and financial capital. Government has been a poor performer here with political interest focused on personal benefits for politicians.

Aid donors and international financial institutions are already involved in SI’s economic and social development, and foreign commercial investors are engaged in plantation agriculture, forestry, fisheries and mineral production. These activities could and should be better coordinated, supervised and integrated into the national economy. Weak and disorganized government has caused inefficient linkages and missed development opportunities. Improved development effectiveness will require a stronger link between government and private sector planning and investment, and better follow-through from initial ideas to specific proposals, appraisal, financing and implementation. Development must not be driven by political self-interest, but by careful technical appraisal, and where that is positive, by mobilization of public and private sector financial and human resources. We have the human and physical resources to link up with external capital and technical inputs to ensure sound appraisal and implementation. Political government must perform its proper role, openly and in an appropriate relationship with technical and administrative support in-country and from overseas.

The National General Election is just around the corner. We the people can make the difference by electing into Parliament politicians with the insight, courage and skills to govern wisely and effectively. The choice is yours and mine. The power they have comes from us, so let’s start the discussion now.