The Royal Solomon Islands Police Force is searching for the remaining suspects in an armed robbery at the Malohuna logging camp in Harapa, Shortland Islands late last month.

It was alleged that at least seven armed men from Bougainville and the Shortland Islands stole machinery, including chainsaws, and other valuables from the camp.

Deputy Commissioner Operations Gabriel Manelusi said the RSIPF is working with police in Papua New Guinea and Bougainville to locate the remaining suspects.

The RSIPF plans to bring the men from Bougainville to Solomon Islands to stand trial once they are apprehended.

“Since the crime happened in Solomon Islands, we have to invite them to come to Solomon Islands to stand trial because the incident happened on our soil,” Mr Manelusi said. “And it depends on what the court decides.” 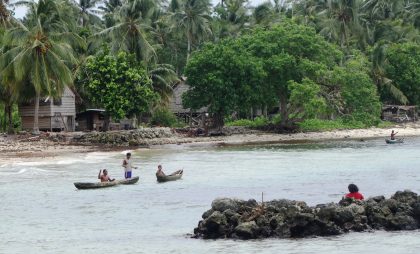 A village in the Shortland Islands. Residents of Maleai village, Shortland islands were terrorized early this morning after armed men believed to be from Bougainville ... Read More