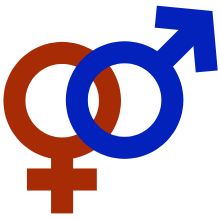 A consultation to discuss the challenges and achievements in implementing the Government’s national gender equality and women’s development policy has successfully concluded.

The government policy was endorsed in 2010 and expires at the end of 2015.

Mr Hebala says the valuable feedback will assist them with areas they need to strengthen, what they need to change and what their key partners on the ground and civil society organisations can do.

Despite challenges, stakeholders recognised the achievements made by the Ministry for Women, Youth, Children and Family Affairs such as the enactment of the Family Protection Act after many years of lobbying, advocacy and programming by the Ministry and other stakeholders in Solomon Islands.

Meanwhile, Mr Hebala reminds stakeholders the success of the national gender equality and women’s development depends on the country’s freedom from violence.

He says the review of the policy is very timely as the  government has just reported on big gender commitments such as the recent tabling of the first, second and third periodic report to the UN CEDAW Committee and the regional and national review of the Beijing Platform for Action.

Mr Hebala says these two processes allowed the government to stock-take from a much broader gender platform some of the progress and challenges and to critically look at some emerging gender issues.

He says some of these issues include depletion of our natural resources through logging and its social and gender impact on communities.

Civil society organisations welcomed the review and the consultation process but highlighted the need for government to strengthen its reporting mechanisms and its capacity to report accurately and substantially on gender issues in the Solomon Islands.