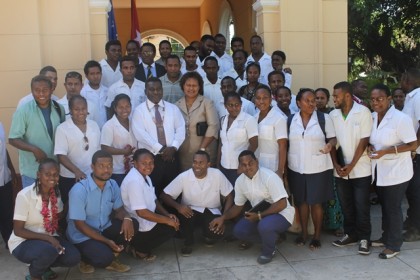 The Chairman of the Public Accounts Committee, Rick Hou says four percent under the social sector reforms of the 2015 budget is to retrain returning Cuban-trained medics.

He says the Committee was informed, all the newly trained Solomon Islands Cuban Doctors cannot be allowed to administer any medical procedures in the country.

Cuban trained doctors for any medical procedures – warning patients lives will be on the line if they are allowed to practice.

The PAC Chairman and MP for Small Malaita adds, these doctors were trained under a different system, not compatible with ours.

Ministry of Finance and Treasury. Photo credit: MOFT. The current impasse over the country's Finance portfolio may be put to a cabinet vote this weekend ... Read More