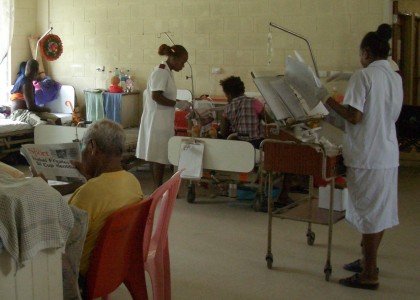 The decision to relocate the country’s National Referral Hospital (NRH) has been approved by the Hospital Relocation Task force after much discussion.

Dr Oritaimae also confirmed that the new NRH will be built on a piece of land behind Gilbert Camp, East of Honiara.

The crown land is located behind Gilbert Camp, beneath Mount Austin.

Meanwhile, FSII Chief Executive Officer Benjamin Afuga reports, the Democratic Coalition for Change Government (DCCG) is committed to building the new NRH and have it completed by 2020.

Mr Afuga adds he is hopeful this is not just another empty promise because the need to relocate the current NRH is urgent due to the sea level rise threat.

He thanked the DCC Government and Dr. Oraitaimae as well as members of his Taskforce on behalf of FSII members for their commitment and decision to relocate the NRH.