DISCIPLINARY PANEL FINALLY MADE SOME PROGRESS 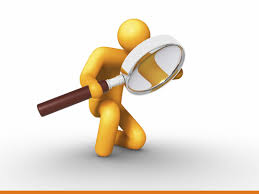 The Disciplinary Panel, who deals with judiciary complaints in the country has finally made some progress to deal with outstanding disciplinary matters.

President of the Solomon Islands Bar Association Katalaina Ziru says the issue has most certainly dominated previous legal year opening addresses from the bench as well as from the Bar.

Mrs Ziru says SIBA has become increasingly conscious of the demands placed on it to prioritise the proper and effective
discharge of outstanding disciplinary matters.

She says progress has finally been made in terms of the convening the current appointed disciplinary tribunal.

“It is with pleasure that I inform the Court that progress has been made in terms of the convening of the current appointed disciplinary tribunal. As President, I have met with the Solicitor General and have agreed to be in continuous dialogue as to how best the Bar can provide support to the Attorney General’s Chambers in terms of logistical matters, in addressing this issue.”