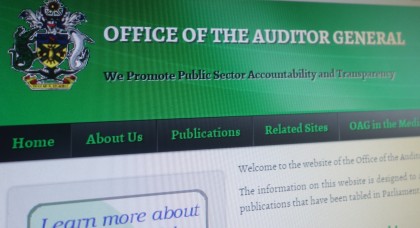 In an exclusive interview with SIBC today, Robert Cohen says the financial system is still weak, based on the recently released Auditor General’s Annual Audit Report for 2014.

He says until the Auditor General would be able to issue an unqualified audit opinion on the accounts, there is still enough weakness in the financial system, which is a concern.

“The financial system is still very weak. It is weak because we have to issue Disclaimer opinions on it and the controls are not strong enough, that’s for the period we are talking about. For 2014, it’s a bit strong and we will report on it later, but until we are able to issue an unqualified audit opinion on the accounts, there is still enough weakness in there that we are concerned about. We’re concerned that if you cannot account for funds you can collect and spend then corruption is allowed to creep in when you’re not careful to identify what has gone wrong.”

“Paper records are extremely important for making sure that it’s transparent, accountable and the more transparent and accountable the records are, the harder it is for the few criminals that exist everywhere. It makes it harder for them to try to access those monies and every dollar that they take away from the system, is one dollar less that we can provide for the services of the people.”

Solomon Islands $100 note The Central Bank of Solomon Islands has warned the public and communities of the currently circulating counterfeit notes. A statement from ... Read More