Small-area estimates suggested that wards in Honiara City have above average rates of poverty, with the Naha and Vohukesa wards identified as having the highest rates.

At the same time, data from the 2009 Census provided favorable welfare for residents of Honiara City compared to those in Guadalcanal Province.

The maps found that on Guadalcanal Province, estimated poverty rates are very high above 34 percent with the highest rates of over 50 percent being evident in the Valasi, Avuavu, Talise, Moli and Tetekanji wards.

Reacting to the report, Provincial Premier Anthony Veke posted on the Guadalcanal Forum, while loaded with questions concerning the report himself, the least Guadalcanal people should do is use the findings as a stepping stone to improve their lives instead of criticising it.

Meanwhile, pockets of concentrated poverty have also been identified for east Makira where there are five wards with poverty rates above 34 percent. The five wards are east and west Wainoni, north and south Star Habour and Santa Ana.

The maps also indicated that poverty rates tend to be lower for provincial wards in Malaita, consistent with the low incidence of poverty for the whole province.

However, moderately higher poverty rates and larger numbers of poor people are still apparent in some wards in the northern part of the province. 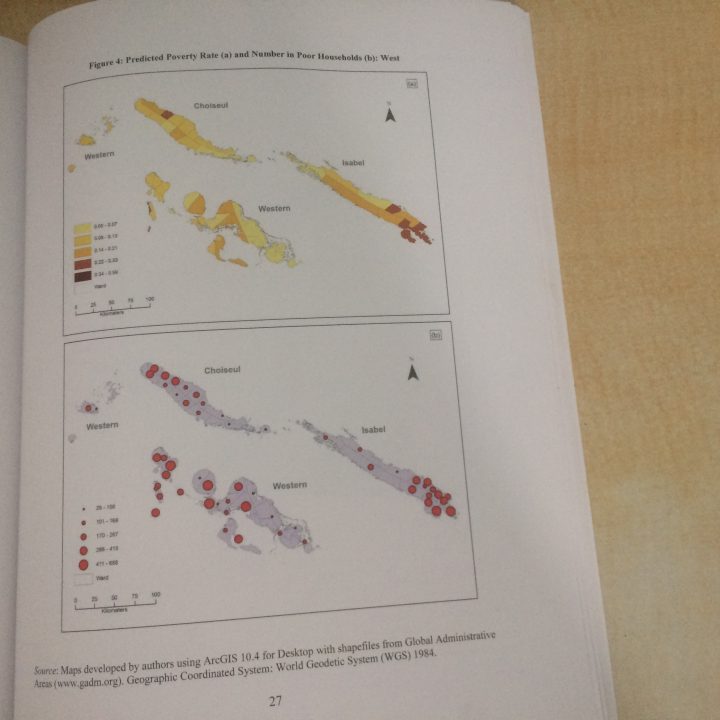 While poverty rates are also low for the country’s Western region, the report said there are wards where the share of people living in poverty is relatively high.

The document stated, there is a concentration of wards with poverty rates from 22 to 33 percent above average for eastern Isabel Province.

For Choiseul Province, the maps indicate that most wards with above average poverty rates can be found in the northwestern part of the province.

Meanwhile, poverty rates are highest on Ranongga islands in the Western Province, but the area has a small population meaning the largest number of poor people are located in wards that have average to below average poverty rates, reflecting larger populations in Gizo, Kohingo and Kolombangara islands.

Estimated rates of poverty are also low across provincial wards in Temotu and there are relatively small populations living below the poverty line.

Launched this week in Honiara, the Solomon Islands Poverty Maps is the country’s first ever document that sheds light into the issue of poverty within provincial wards across the country.

PREMIER VASUNI ASSURED THEY ARE ONTO OF EDUCATION ISSUES