As the country’s fight against the covid-19 pandemic takes center stage domestically and globally, the battle for influence and power in the Pacific region between the United States, its allies, and the People’s Republic of China (PRC) is slowly intensifying as China begins to put assertive pressure in the region. 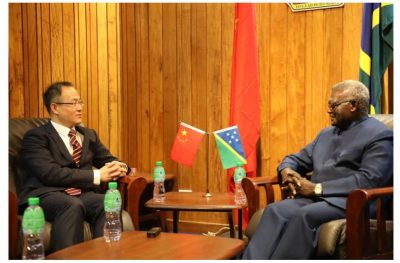 This has been seen as an unavoidable geo-politics competition for power in the 21st century where Solomon Islands’ domestic politics has been dragged into the competition.

“geopolitics is definitely at play you cannot deny that, if you deny that then one cannot even claim ignorance, this is pretty much clear.”

Hon. Kenilorea made the statement in response to how the issue of geopolitics between the two world superpowers came into play in the country’s domestic politics.

He said the country’s new diplomatic ties with China put the country in a difficult position when it comes to fighting for influence in the region.

“Things are complicated for us now before 2019 before the decision to switch was made things were pretty much straightforward, alignments were clear, as a small country I think we were blessed to be in the position we were in.”

China’s increasing presence in the pacific region is putting USA and its allies on edge as Washington issued a stronger tone of caution to countries in the Pacific region.

Two years after Solomon Islands switched ties to China, China in its own right could overtake Australia as the country’s biggest donor partner.

According to statistics obtained from the Ministry of National Planning and Development Coordination, Australia’s Official Development Assistance (ODA) overall support to the country for the years 2016, 2017, 2018, 2020, and 2021 stands at an estimated total of SBD 17,756,151,367 billion.

Despite the overall figure, the Ministry stated that PRC’s infrastructure development initiatives were not captured in the report.

This will drastically change the landscape of the ranking if the PRC’s incentives were included.

PRC’s data presented to the Ministry only covers the 2020 and 2021 cash grants for constituency support and Covid-19 response support respectively.

The Ministry reported that it does not receive program data projections from PRC as the Office of the Prime Minister and Cabinet (OPMC) is dealing with them.

This process was criticized by the Leader of Opposition Hon. Matthew Wale.

“The PRC arrangement of their aid coordination is a continuation of Taiwan’s one window policy which sees everything going through the prime minister’s office. It’s a way both countries use to hold the country’s domestic politics.”

Hon Wale said it is unfortunate that PRC is no different from Taiwan in the same tactic.

China is a developed country and Solomon Islands stands to benefit from its relationship, however, the governance around the relationship and aid support must be done transparently.

Bilateral funds through the Ministry of National Planning and Development Coordination allows a certain degree of transparency to be upheld.

“The prime minister must remain at a distance not to sign, endorse projects solely funded by the country’s diplomatic partners themselves, direct involvement in bilateral support projects puts the prime minister in a vulnerable position as he won’t be able to exercise objective judgment on our national interest issues,” Mr Wale said.

PRC aid to the country was stated to increase this year as they became the major sponsor of the country’s preparation for the 2023 Pacific Games.

As PRC‘s aid to the country drastically picked up this year, Australia’s aid support also increased from its drastic cut in overall aid program in the last five years for the Pacific region.

Lowy Institute reported that in 2016, Australian aid to the region was at its lowest level since the 1970s.

Analysts stated that aside from its initial motive, aid is used indirectly by developed countries to control and keep developing countries in their line of policies.

US Secretary of State Antony Blinken during the Pacific Islands Conference of Leaders in May warned Pacific leaders of the threats to the rules-based on international order and economic coercion.

Meanwhile, China announced its support for the region’s development during a virtual China-Pacific Island discussion held in May.

Despite its presence in the pacific region over the years, the United States was heavily criticised  for not participating in the infrastructure and development space in the region.

For many Solomon Islanders, despite the US having a consular office in the country, many said that its presence could not be seen in the development space.

Member of the U.S House of Representatives from Hawaii Edward Espenett Case in 2018 warned the then government by saying “China’s interest in the Pacific Islands puts the countries in the region in “a terrible position.”

He believes that nations in the Pacific region would prefer to have partnerships with the United States and its democratic friends and allies, with which they share democratic values.

However, they may be forced to rely on an economic lifeline from an autocratic China as a result of US negligence in the region.

“If we are going to ignore their needs for infrastructure and economic development … and China offers that, then that puts them to a terrible choice,” he said.

The Solomon Islands first Ambassador to PRC His Excellency John Moffat Fugui told SIBC News that the country stands to benefit from China’s ascending power especially on the economic front if the country’s diplomatic relationship is done right.

Mr Fugui said the government has to face pressure from the Chinese government when negotiating deals.

“One cannot deny the pressure that will come from the PRC in terms of trade deals with the country. In this case, it is the government’s role to make sure that national interests must take center stage in the trade negotiations.”

Earlier this year, PRC pledged to import most of the country’s products.

PRC’s Ambassador to the Solomon Islands His Excellency Li Ming said all products exported to China will be tax-free.

“Ninety-seven percent of all goods exported to China will be tax-free; this includes copra, fish, and other high-quality products. Trade deals will ensure it benefits both countries,” H.E Li Ming said.

According to the United Nations COMTRADE database on international trade, Solomon Islands’ export to China was US$380.35 Million in 2018.

This made China one of the Solomon Islands’ largest trading partners over the years. 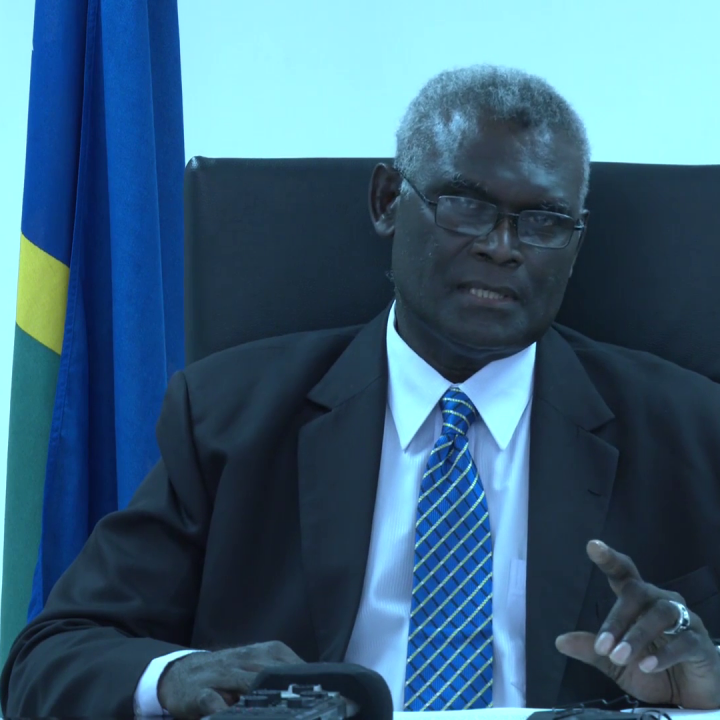