Gold Ridge landowners sign agreement to move out of mine site 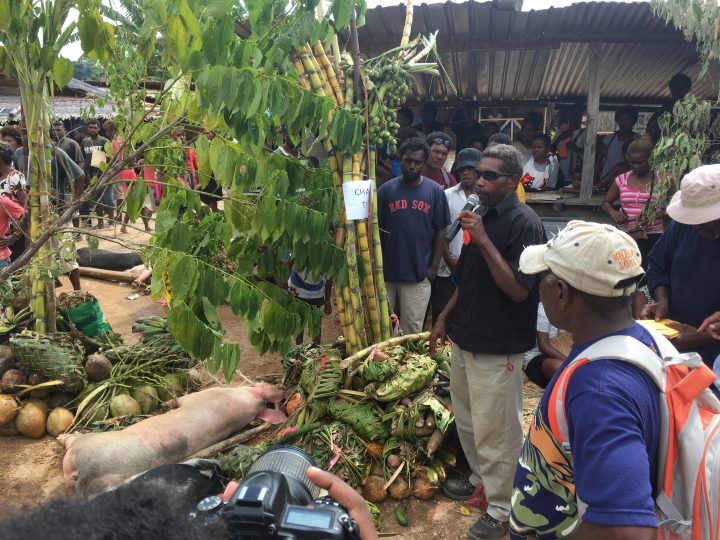 A Gold Ridge chief speaking during the ‘Çhupu’ ceremony.

Pit occupants at the Gold Ridge Mining site have signed a legal Agreement to move out from the Mining Pit today.

A total of 25 Chupu were presented by 16 tribes and landowners residing in and around the main mine pit at ‘Valehaichichi’.

This will see the relocation of over 2000 people from the pit to different locations.

Chairman of the Goldridge Community Investment Limited Walton Naezon reminded all pits occupants during the ceremony to leave the pit and allow the operation start.

He said the current deal was different from the previous ones, as the land owning group themselves remove settlers from the pit.

“This is a decision by all the chiefs that all of you must move out,” he said.

“In the past we were being told by the pas companies  to move out, but today it is our chiefs.”

Meanwhile, Mr. Naezon urged the land owning groups to respect and support the operation as they own the company.

“Our local company will run the mine’s security ,catering , and transport services, we this is quite rare in the past so that is why I urge you to support this new company,” he said.

“Your local company will carry out the recruitment, so don’t have doubts, you must come out ans support this idea.”

Ms Martin said the landowners would be given 14 days to move out of the mine site. 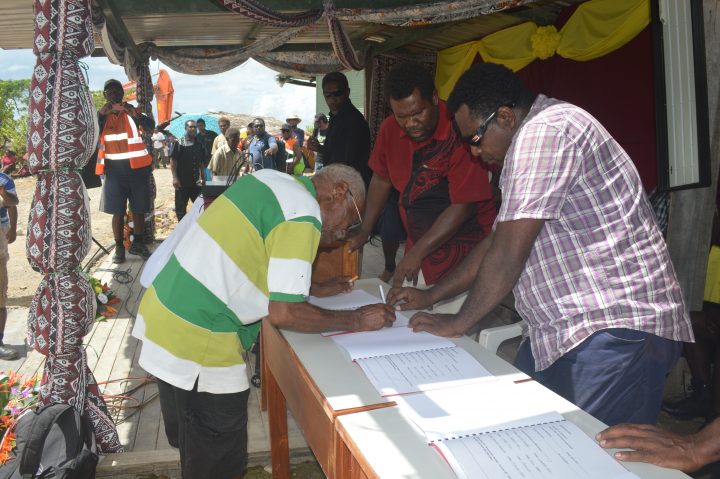 A chief signing the MOU agreement. 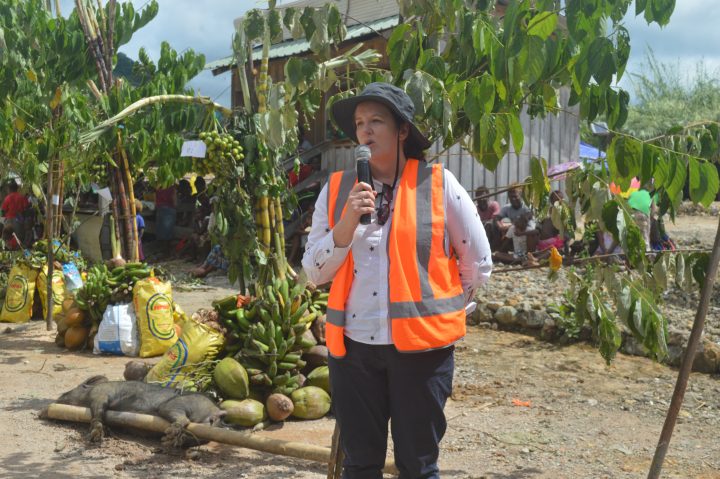 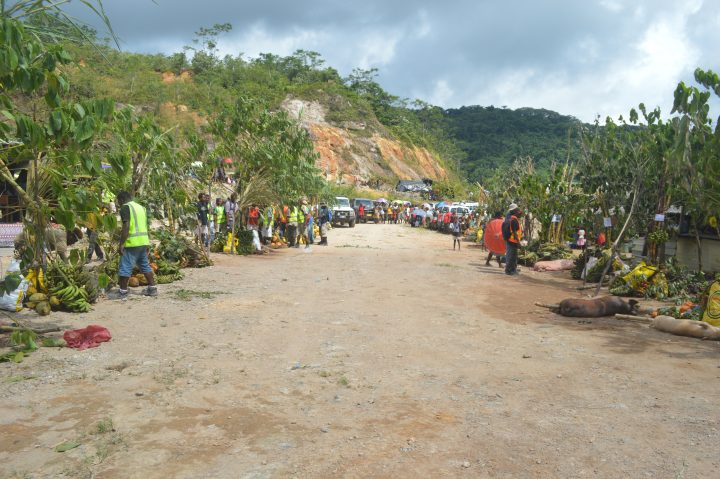 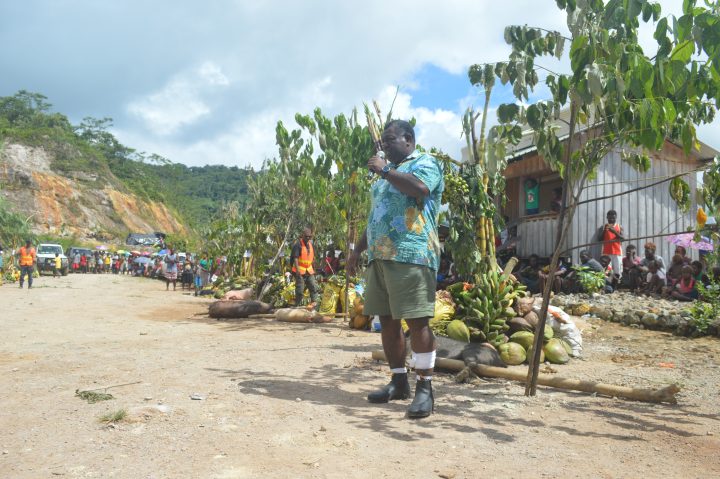 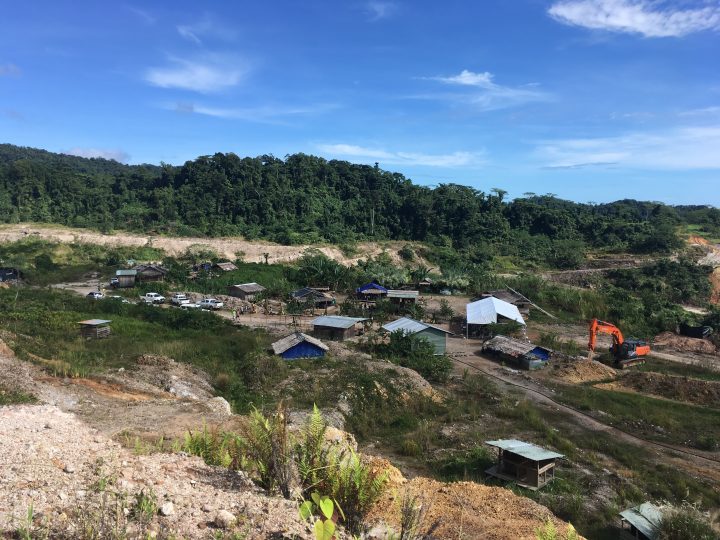 The main pit mine site.