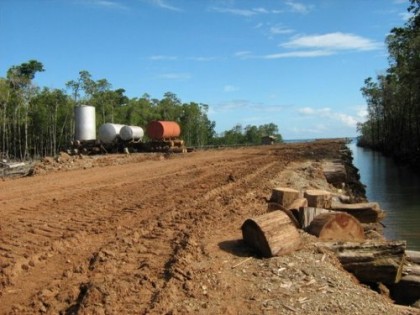 The national government has acknowledged that series of violent standoffs between landowners and logging companies in Shortland Islands have put the country’s security at risk.

Prime Minister Manasseh Sogavare made the statement following the ongoing tensions between landowners and logging companies in the Shortland Islands.

He explains the tension triggered allege conflict and divided communities in Shortland Islands.

Mr Sogavare explains it is for this reason that the government has cancelled the licenses of 30 logging companies in the country.

Meanwhile, Premier of Western Province George Solingi Lilo is calling on the Prime Ministers of both Solomon Islands and Papua New Guinea to tighten border controls, an effort to prevent gun trafficking to the Shortland Islands from Bougainville.

Media reports said Premier Lilo made the statement follows recent conflicts between landowners and logging companies recently leading to at least one death.

OPPOSITION NOT SURPRISED BY DECLINING SUPPORT FOR D.C.C GOV’T

The Leader of Opposition Jeremiah Manele. Photo credit: SIBC. The Parliamentary Opposition group has said it is not surprised by the declining support for the ... Read More

The Coalition of political parties that formed the Democratic Coalition Government for Advancement (DCGA) remains solid and united.               ... Read More