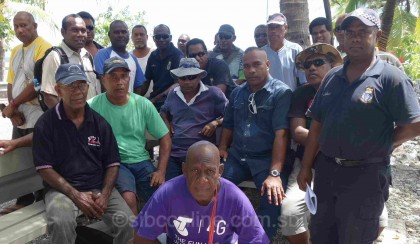 The Government will provide outstanding payments for former Field officers for border security services during the Bougainville crises.

The officers were sent by the government in 1989 to maintain security at the Solomon Islands border and have not received their allowances since then.

Speaking during his sine die motion Wednesday last week, Prime Minister Manasseh Sogavare assured Parliament that the government has responded positively to the demands of the officers.

He says the payment of overdue allowances will be paid this year.

“The government and this parliament for that matter Mr. Speaker have responded positively to the call by former serving officers at the border Mr. Speaker and rightly acknowledged by the Member for North Malaita Mr. Speaker for the payment of their overdue allowance Mr. Speaker, so who said that we are not considering them, off course we are and they are going to be paid this year Mr. Speaker.”