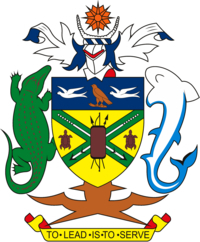 The official Court of Arms of the Solomon Islands

The Law Reform Commission has urged the Government to provide proper and adequate mental health facilities for people with mental impairment who are detained for crimes.

This is one recommendation the Commission made in its report on Mental Impairment, Criminal Responsibility and Fitness to Plead.

Commissioner Gabriel Suri says the Commission’s consultations with the Correctional Services revealed people with mental impairment are not kept in separate units from normal inmates at the Rove Correctional Centre.

“They are treated the same as the other prisoners. This arrangement poses a potential security risk to other prisoners or provides an avenue for abuse of people with mental impairment at the Correctional Centre. It is evident that there is a lack of secure mental heath facilities outside of Rove Correctional Centre for mentally ill persons who committed crimes,” said Mr Suri.

A map of Malaita Province. Photo credit: www.commerce.gov.sb Parliamentary Opposition Group has called on the Government to inform the nation its proposed implementation approach on ... Read More