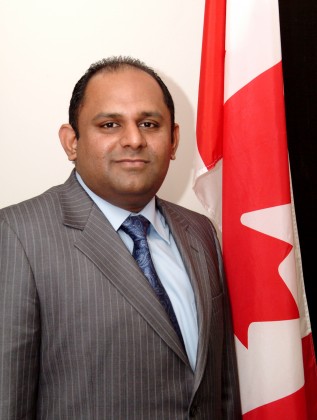 Confirming receiving the official confirmation letter, Chairman of CITREC Canada, Ashwant Dwivedi says arrangements are in place for the Guadalcanal officials to meet with prospective employers who are keen to recruit workers from Guadalcanal Province who are recent graduates of the CITREC program.

The recruitment will be in Canada’s Tourism and Hospitality Sector.

Chairman Dwivedi says the Canadian Government has announced, it is making arrangements for the delegation to have government to government level meetings while visiting Canada.

He says the decision by the Guadalcanal Government to attend the Labour Mobility Conference will definitely have a long term positive economic impact on the Province and the Solomon islands.

Canada employs a total of 289,000 workers each year from other countries to fill its labour shortage.

Guadalcanal Provincial flag. Photo credit: crwflags. Students who have completed their courses under the Canadian International Training and Education Corp (CITREC) in Honiara will soon be sent ... Read More