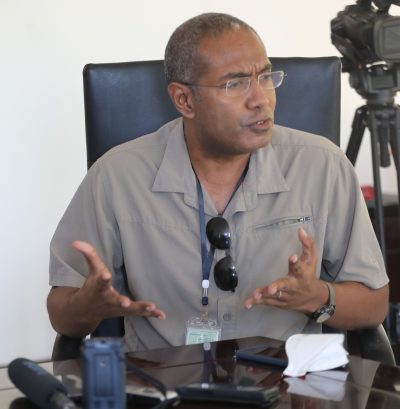 Hon Kenilorea said what has unfolded is a clear indication that citizens of this country had been fed with half-truths all along.

In a statement today, Opposition MP Hon Kenilorea said the leaked documents have shown that it is a request by PRC to arm its embassy.

“While it is not clear if the proposal in the letters to allow the Chinese embassy to bring in arms were approved by Cabinet, it is a matter of serious concern,” he said.

The Opposition MP said the request is concerning as it undermines our obligation as host country under international law to protect High Commissions and Embassies on our soil.

“If we turned the tables and asked Beijing to arm our diplomats in the Solomon Islands Mission in Beijing, they will never allow it. So why should we allow this on our shores?” Hon Kenilorea said.

He said the leaked diplomatic notes have also raised more questions whether the weapons listed on the leaked documents are part of the riot gears and arms shipment earlier last month.

Hon Kenilorea said the continuous secret dealings must be clarified for the sake of transparency and public trust.

“In diplomatic protocol, the request to arm workers of a foreign embassy is not the norm,” he said.

Hon Kenilorea said we are living in abnormal times where the general public and public servants are beginning to ask serious questions.

“Were the replicas secretly imported to the country part of the plot to conceal real weapons?” he questioned.

He said the country’s sovereignty is at stake and people’s fundamental rights, which include the right to protection by our government is also a serious matter.

“You have an unusual situation where a donor supplies replica arms for our law enforcement and yet imports real weapons for themselves, with the blessing of the government,” he said.

Hon Kenilorea said an unfortunate precedent has been set and undermines our sovereignty and it is even concerning when we allow our diplomatic partners to arm their embassies.

He said the Foreign Relations Committee would be seriously considering looking into this matter. .

The Ministry of Finance and Treasury. Photo credit: GCU. The country's real Gross Domestic Product (GDP) for this year has slightly dropped by a quarter ... Read More