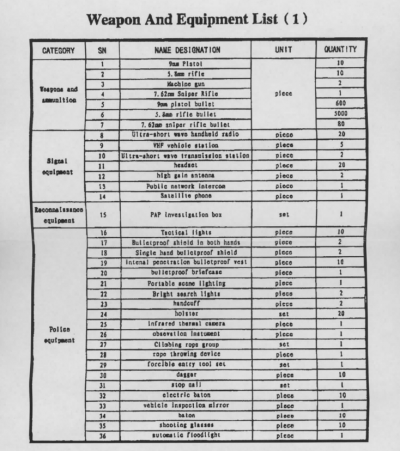 The leaked documents show a diplomatic note from the Chinese Embassy in Honiara was sent to the Ministry of Foreign Affairs and External Trade (MFAET), Office of the Prime Minister and the Ministry of Police and National Security on December 3, 2021.

The documents leaked by a group who called themselves ‘Public Servants for Transparency’ alleged that the Government has granted approval to the request.

The diplomatic note had it that the provision of security was for a period between six months to one year.

It was sent to the government only a week after the November 2021 violent riots, looting and burning down of mostly Chinese-owned businesses in Honiara.

It adds, this security team is an internal arrangement only for the Chinese Embassy. 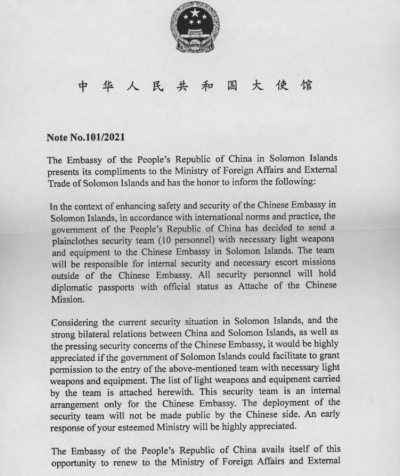 Following the note, MFAET PS Mr Beck wrote to Karen Galokale, the Permanent Secretary of the Ministry of Police, National Security and Correctional Service stating that “we have no objection to the request” as his ministry could not guarantee the safety of the Embassy and staff.

“As a host country, we have had an obligation to protect all Embassies including the Chinese Embassy,” said the Foreign Affairs PS.

He admits this sets a precedence but highlighted that China is a special case, noting “public debate was and remains directed against China’s interest in the country from certain quarters of our population”

But only a few hours after the documents leaked online today, the Government through the Government Communication Unit responded by cautioning the public to be alert against fake news or misinterpreted commentaries on social media forums. 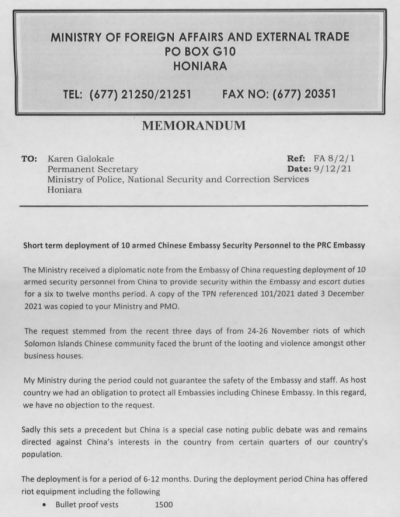 “There is nothing to be concerned about” the Government further stated.

It adds, It is anticipated that more fear mongering, lies and propaganda will be forthcoming from people who are hell bent on creating instability for their own interests.

“The Government encourages social media commentators not to be emotionally swayed by the leaked documents as clarifications are forthcoming in an official statement,” the statement said. Covertly carrying dead bodies out of Honiara under the cover of darkness is a concern: COVID 19 OSC

The Oversight Committee on COVID-19 is concerned that there are people in the Honiara Emergency Zone who are covertly sending bodies of deceased persons to ... Read More