The Land Board of the Ministry of Lands, Housing and Survey has warned against illegal land sales and squatting on Government lands including the Levers Solomons Limited (LSL) Fixed Term Estates (FTE) East of Honiara.

The warning was issued following rumours that reached the attention of the Board indicating that various illegal land sales are happening, where people “selling” land parcels are not registered land owners.

In a public notice issued today (Wednesday 21 September), the Board said there are rumours circulating about court decisions or deregistration of LSL which may attract people to buy parcels from people pretending to be landowners. 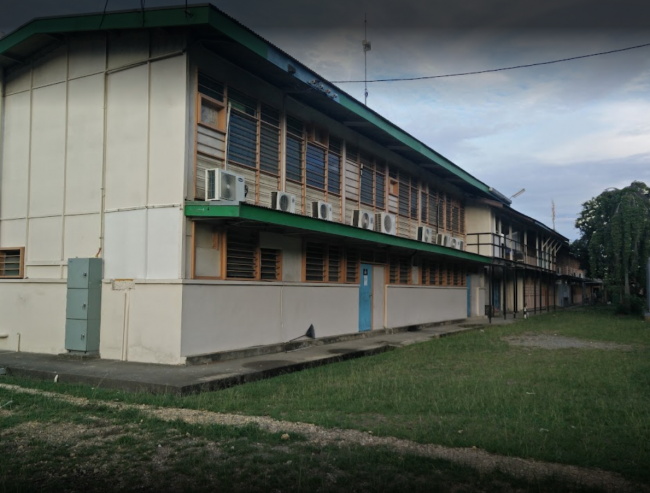 Ministry of Lands building in Honiara

The Board said all LSL Fixed Term Estates are still held by the company, and the Government’s attempts to take back these FTEs is still before the courts.

“In the meantime, there is a restriction preventing any sale of LSL’s FTEs, which means the LSL cannot sell any FTEs and SIG cannot sell or promise any of these FTEs to anyone. In summary, no land dealings can happen for LSL’s FTEs unless and until there is an official announcement. Don’t believe rumours and do not move into this area illegally,” the Board warned.

The Board also warned illegal squatters encroaching on the Government owned perpetual title on land parcel, 191-052-696 at Barana-Mount Austin area, which includes all the land on the left (east) side of Mount Austin Road outside the town boundary in Guadalcanal Province.

“These land sales are not recognised by SIG, and titles will not be granted just because people have been conned into spending money in the area. All squatters are advised to vacate the area, and will be evicted if they do not voluntarily move,” the Board warned.

Similarly, the Board also warned against selling, buying and squatting of the Government perpetual title on land parcel, 191-052-823, which includes areas inland south of Gilbert Camp in Guadalcanal Province.

The land is earmarked for a new hospital and cemetery. A topographic survey and geotechnical assessment have been carried out recently, and a masterplan will be underway shortly. The land is not owned by anyone else apart from SIG.

“Anyone who has “bought” land in this area has been conned by a fake landowner, and SIG does not recognise any of these land sales. All squatters are advised to vacate the area, and will be evicted if they do not voluntarily move,” the Board warned.

The Board advised people who want to buy land to make sure they know the registered landowner before committing any money or moving onto the land.