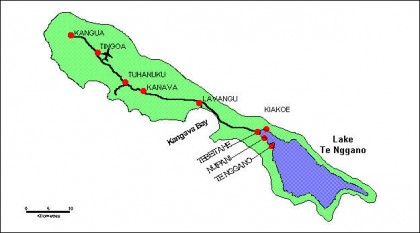 Landowners in West Rennell, rallying behind a court order to keep a Malaysian logging company out of their island, have questioned why the Police has not responded to their request to have the company arrested for breaching the order.

Mr Tohuika says the court order also restrains Samlinsan servants and agents from carrying out any activities, including felling trees and constructing roads, in Tehakamagoku Land.

He however says, Samlinsan is back in their land despite the court order and their complaints to have the company’s owner arrested for breaching the court order is falling on the deaf ears of the police.

The spokesperson for West Rennell landowners says he questions the police and why they have not arrested Samlinsan operators after a high court order restraining them from operating in their land.

Meanwhile, Junior Pau of Samlinsan says claims that the company is operating in Tehakamagoku Land in West Rennell is not true.

Mr Pau also denied that another logging company had subleased its activities to Samlinsan.