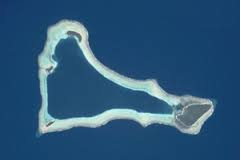 A map of the Sikaiana islands. Photo: Wikipedia

The lack of medical supplies to the Malaita outer Island of Sikaiana, has resulted in the loss of one life so far.

Reports from the Atoll says an infant passed away 2am yesterday of serious health complication.

The father of the infant George Pasi, spoken to by SIBC News confirms, the local clinic nurse told him, his daughter could have been saved provided adequate medical attention was available.

The father of three says, his wife is now seriously ill as she urgently needs blood replenishment.

Mr. Pasi who is himself the vice chairman of the village committee says he is in town to get medical supplies for the community clinic but could not go home because Sikaiana is not serviced by any ship for almost four months now.

He urges the Honourable member for the Malaita Outer Islands and the national government to urgently send medical supplies and food to Sikaiana to avoid further loss of lives.

A Honiara based Sikaiana Community leader, Robert Sisilo has also complained, the lack of ships to Sikaiana in the past almost four months has put immense pressure on people’s health and nutrition.

Mr. Sisilo says the clinic is either out of stock or distributing expired medication- a very worrying situation.

A 3D image of common cold. Photo credit: Shutter Stock. People will continue to have a common cold as bad weather continues in the country. ... Read More

Motion to extend the State of Public Emergency for an additional four months has been passed in Parliament this afternoon. National Parliament meeting at the ... Read More