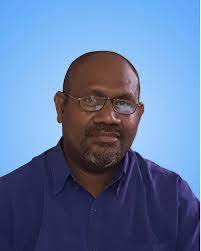 MPGIS PS Stanley Pirione says, what we need now is to move forward with our development agendas and not to waste our time mudslinging.

In a statement this afternoon, MPGIS says it is deeply concerned with the article alleging the involvement of the Ministry and its permanent secretary in the affairs of the Malaita Provincial Government, specifically in plotting against Suidani.

The article alleged that the MPGIS permanent secretary Stanley Dick Pirione was the person instrumental in efforts to remove Malaita Province Premier Daniel Suidani from power.

It furthers that Mr Pirione held a meeting with members of the provincial opposition group before the second motion of no confidence against Mr Suidani and persuaded them to tender their resignation from Mr Suidani’s government.

The article further alleged after that meeting, some of the provincial assembly members attended a secret meeting with Mr Pirione who gave each of them $10,000.

But MPGIS today states, this is a big-time joke that the PS of the Ministry gave out $10,000 to Members of Provincial Assembly to lure them from Premier Suidani.

“In many occasions the Ministry is unintentionally caught up in the political affairs of Provincial Governments, but it always strives to be impartial in its mitigation of the issues to ensure that programs in the Provinces are carried out with limited disturbances, given that there are no opposition groupings in the Provincial Assembly,” the MPGIS statement says.

MPGIS says, it seems that there are certain individuals and groups in the political fraternity who always want to keep the “flames of hatred” between the Provinces and the National Government, burning.

“It is very sad to note that all efforts by the MPGIS to improving good governance and accountability in service delivery through infrastructure development has not been recognized and acknowledged by some members within our community.

“Despite those wild unfounded allegations, the MPGIS is here to work with any Provincial Governments.”

The relationship between the MPGIS and Malaita Province and its Executive Government has been cordial and unshaken for the past years. It says, the MPGIS Minister is also in good terms with the Premier and has always been very frank on governance issues faced by Malaita and other Provinces.

The MPGIS maintains open door policy and welcomes anyone who has any issues with his/her Province.

“The last thing the MPGIS would want is ‘political instability in the provincial level that obviously would do nothing good but increases uncertainty about future economic situations and policies which are recipes for demonstrations and violence that hinder development in our country.”

The fabricated accusations have not only tarnished the Ministry but also destroyed the reputation and integrity of the PS of the Ministry as a man of principle and as a Senior Public Servant with 30 years’ experience who is well versed with professional standards and practices that are enshrined in the Public Service Regulations and Laws.

The article tantamount to nothing but allegations of bribery that constitutes a crime whereby both the offender and the recipient can be criminally charged.

The Ministry with its PS vehemently condemns the accusations and encourage those concern to report the matter to the police for further investigation. The PS of the MPGIS is contemplating taking legal actions against the publishers, authors and those ‘sources from Auki’, for defamation of character.

“It is clear now that there are ultra-motives by some elements who encourage and promote division and hostility between the MPG and the National Government. These may be the same elements who have accused a number of MPs, some religious leaders, Chiefs and the PS for involving in the alleged payment of bribes to MPAs to lure them out,” the statement says.

The MPGIS permanent secretary Stanley Pirione is calling for calm and encourage cooperation and collaboration on the implementation of Government programs in Malaita Province.

Last week the PS was in Malaita and had discussions with the Executive Government on Community Governance Issues, the PCDF, manpower issues, communications infrastructure and economic infrastructures programs.

“What we need now is to move forward with our development agendas and not to waste our time mudslinging. We need to work together. Yes, there are certain elements whose only agendas and ultimate goals are to tarnish what the government is trying to do, but our concerns are with the people of Malaita (and other Provinces).

“We want services to be delivered to their doorsteps. We want them to have access to basic needs including health, education, infrastructure development, community participation and a whole lot of other developmental issues,” the PS stated.

A new US$24 million project will strengthen government delivery of essential infrastructure and services for communities and support economic development across all nine provinces in ... Read More