Officers of the Royal Solomon Island Police Force (RSIPF) at Naha Police Station now have better working conditions to perform their duties following the completion and handing over of the refurbished Police Station in East Honiara today. 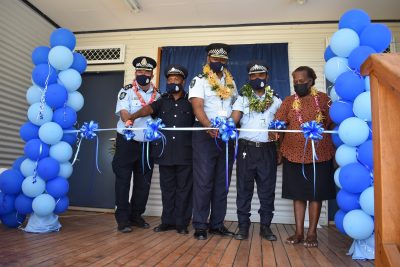 Thanks to the Australian Government under the Royal Solomon Islands Police Force (RSIPF) and AFP Policing Partnership Program (RAPPP) for funding the Naha Police Station refurbishment project  after it was partly burnt down by looters and rioters during the November 2021 riot in Honiara.

Speaking at the handover ceremony, RSIPF Commissioner Mostyn Mangau thank the RAPPP for their continuous support rendered to the RSIPF including the completion of this refurbished building.

“I am certain that all the Naha officers in Honiara are very proud of this new building and will perform their duties to the standard and level expected,” says Commissioner Mangau.

A statement from the Police says, the building allows a 24 hour Police Paradigms Shifts to be accommodated including a Fire buffer post that will enable them to respond quickly to any emerging situations. 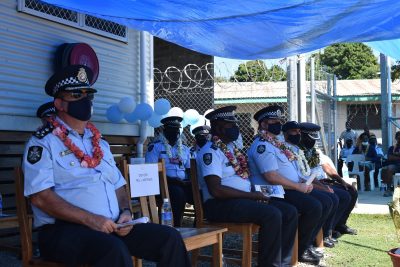 “I am very pleased with the completion of this refurbishment project as it will boost the morale of the officers serving here. I appeal to the officers who will be working here to show responsibility and look after this building.

“I ask officers using the facilities to look after it and make use of it as a token of appreciation from the Australian government through both RSIPF/RAPPP partnership,” Commissioner Mangau says.

He acknowledged community leaders, Church leaders, women, youth and children from the East Zone Communities  for their cooperation and support with the Police, especially for standing up to the rioters to defend the Naha Police Station from fully damaged.

This shows the community has a good working relationship with the police. 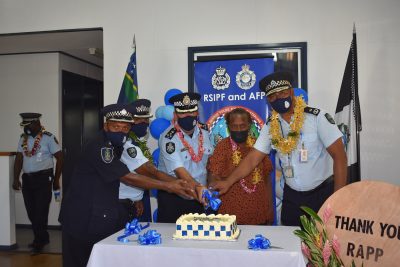 “I greatly appreciate the hard work done by the officers working in Naha Police Station and want to encourage them to continue with professionalism when performing their duties. Your commitment to the work that you do every day have saved many lives,” says Commissioner Mangau.

“It is a milestone that we must acknowledge the RAPPP partnership program for the great support towards the refurbishment,” Mr Nanau says.

Mr Nanau adds: “We feel that this Police Station belongs to us and we must look after and be proud of the Commissioner of Police to take on that leadership role to reopen the Naha police station. Naha Community is blessed with the opening of Naha Police Station after this refurbishment.”

He assured that Naha community will work together with the Police in combatting crime.