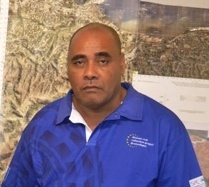 The National Disaster Management Office has deployed teams to assess the extent of damage caused by cyclone Pam in various parts of the provinces.

Director of the National Disaster Management Office Loti Yates confirms, teams have already been deployed to various parts of the provinces suffering the impacts of cyclone Pam. He says these include Malaita, Makira and Temotu Provinces.

“I can confirm that for Malaita teams are now moving around in the affected communities. I can also say that Makira has also deployed teams. At the same time, the patrol boat has arrived at Anuta this morning to conduct assessments on the out layers of Temotu Province.”Mr Yates adds a Patrol Boat deployed to Temotu Province will carry out the assessment at Anuta Island, saying the boat will also assess surrounding islands including Reef and Tikopia. “The patrol boat landed in Anuta at 4.30 am this morning and just this afternoon I was talking to my officer who is on board the patrol boat, who confirmed that the damage caused for Anuta is quite severe and so they had a total of about 23 strong teams will be conducting various sectoral assessments as they go this morning and maybe they will head to Tikopia this afternoon, so yes they will definitely be covering other islands as well.”

NEWER POSTPARLIAMENT TO OPEN WITH SPEECH FROM THE THRONE FROM GG
OLDER POSTZIKA CAN BE PREVENTED IF COMMUNITIES WORK TOGETHER: M.H.M.S