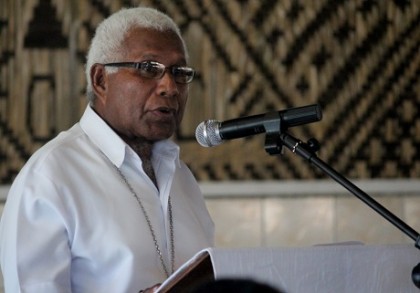 He is Reverend David Vunagi, former Archbishop of the Anglican Church of Melanesia, and also becoming the first Governor General hailing from Isabel Province.

At the closure of nominations yesterday, the Office of the Clerk to Parliament has received only one candidate – Rev. David Vunagi – nominated by the Minister of Education and Human Resource Development, Hon. John Dean Kuku.

The Hon. Prime Minister, Hon. Mannasseh Sogavare made the speech to the throne and the election was also supported by sentiments from the Leader of Opposition, Hon. Matthew Wale and Independent Leader, Hon. Fredrick Kologeto.