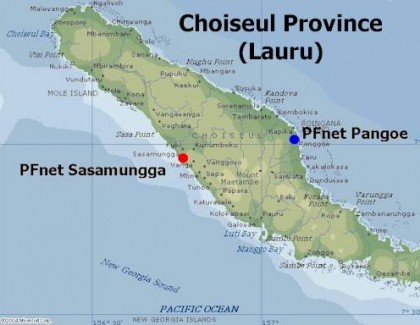 Pagoe Community in Choiseul Province has praised the Solomon Islands Broadcasting Corporation, for its provincial tour program in rural and remote communities in the country.

SIBC’s Leni Dalavera reported from Pagoe today, a Chief Gillian Poloso says such provincial tours enable people from remote areas to voice their concerns to the Government and to decision makers.

“Chief Poloso said SIBC has provided a level playing field for communities who otherwise cannot be able to use the powerful tool when it goes down to citizens of the country hearing and passing their concerns to the government or to other decision making organisations in the country.”

A team from the National Broadcaster is currently touring Choiseul Province.

A map of Choiseul Province. Photo credit: www.24point0.com People of Kamaga Community in East Choiseul are urgently calling on the ruling government to address their ... Read More