Pacific Islands Forum (PIF) Foreign Ministers have endorsed the recommendation for PIF Leaders to call on the United Nation General Assembly (UNGA) for a resolution requesting the International Court of Justice (ICJ) to provide an advisory opinion on the obligations of states under international law to protect the rights of present and future generations against the adverse impacts of climate change. 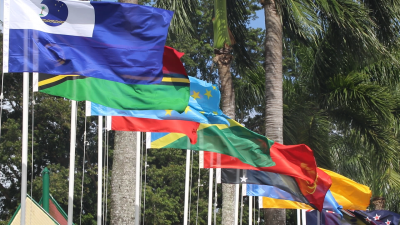 Pacific is facing a Climate Emergency that threatens the livelihoods, security and wellbeing of its people and ecosystems. Photo: Jared Koli

This was part of the Forum Foreign Ministers communique released Friday.

Consideration on this recommendation will be known later in the week when the communique of the 51st PIF Leaders meeting will be released. But supporters of this cause are looking forward to the leaders’ answer to this.

They declare that the Pacific is facing a Climate Emergency that threatens the livelihoods, security and wellbeing of its people and ecosystems, backed by the latest science and the daily lived realities in Pacific communities.

The PIF Foreign Ministers Commended Vanuatu on its initiative on a pathway to secure a request from the UNGA for an advisory opinion from ICJ to clarify legal consequences of climate change, noting the urgency of the climate change threat and the need for accelerated global climate action and implementation of the Paris Agreement.

“…noted that the initiative is consistent with, and complementary to, regional efforts and ambitious actions on climate change to safeguard our people against the adverse effects of climate change, and noting that an ICJ advisory opinion is non- binding but may change the course of current negotiations and boost commitments,” cited the communique.

The leaders looked forward to close collaboration in the development of the specific question to ensure maximum impact in terms of limiting emissions to 1.5 degrees, including obligations of all major emitters past, present and future.

She said Australia’s new government is committed to bringing new energy  and new resources to the Pacific and they look forward to recognising, in particular, the importance of climate change.

Survival of private sector in difficult times always a priority for the Gov’t: PM

Prime Minister Manasseh Sogavare has reaffirmed the Government’s commitment and role in supporting the private sector for economic and sustainable growth in the country. Prime ... Read More