The Leader of Parliamentary Opposition Jeremiah Manele has questioned the Prime Minister’s silence on controversial issues the Opposition raised in previous weeks, saying Manasseh Sogavare should not shy away from these issues.

In a statement today, Mr Manele says the Prime Minister’s silence means he is ignorant of the issues, or it is an acceptance of guilt.

The Opposition Leader lists some of the issues as the Government’s failure to address the ongoing Solomon Airlines saga; and, the Government’s inability to make a clear stand on an application from the West Papua United Liberation Movement to join the MSG.

Another issue the Opposition Leader listed was the Cabinet reshuffle of the Mines Minister which saw the sacking of the Permanent Secretary, and the Director’s suspension.

The Opposition Leader had also raised that the Government is slow to implement the 2015 Peoples Budget.

Jeremiah Manele says these are serious issues which needed a response from Prime Minister Sogavare to inform the nation about, rather than leave people in suspense.

The government begins to implement the CDF according to the Public Finance and Financial Management Act. Photo: Government of Solomon Islands. The Government is beginning ... Read More 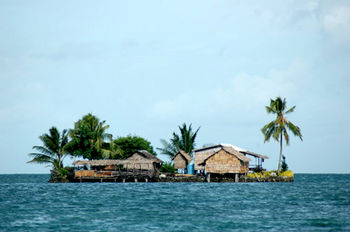 Awareness program kicks off in MOI

An island outside the reefs of Malaita province. A four-day awareness program is currently being rolled out in the Malaita Outer Islands of Luaniua and ... Read More