The World Bank has significantly stepped up its assistance to Solomon Islands, with four new projects that will see an anticipated US$130 million in new funding for projects and assistance; the biggest boost in the World Bank’s 43-year history in the country. 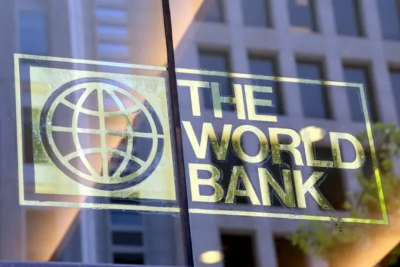 The first of these is the US$89 million Second Solomon Islands Roads and Aviation Project (SIRAP2) that will make the country’s aviation sector safer, more efficient and more climate resilient – with substantial improvements to airports, as well as delivering important upgrades to selected roads and bridges across the country.

With Solomon Islands’ transport infrastructure increasingly vulnerable to the impacts of climate change, SIRAP2 will strengthen the climate resilience and safety of air travel as a priority. The new project will deliver upgrades to airport infrastructure at Honiara and Munda Airports and Santa Cruz (Lata) Airfield, invest in air navigation systems in Makira-Ulawa and Temotu Provinces, and finance regional airport maintenance.

The new project will also focus on improvements to four bridges (Kolofe1, Kolofe2, Su’u Harbor, and Bira Bridges) in Malaita, and roads in Noro, Western Province. This will improve climate resilient connections between towns and communities through works including road raising and drainage improvements to adapt to forecasted increases in rainfall.

“We are pleased that SIRAP2 will continue the strong progress delivered under the ongoing Solomon Islands Roads and Aviation Project”, said Hon Minister Rex Ramofafia, Supervising Minister of Finance and Treasury. “Strengthening climate resilience alongside the upgrades the major road and aviation infrastructures will improve disaster risk management across the transport network, which is priority of the government under the National Development Strategy and National Transport Plan.”

Three further projects are expected to be announced throughout the month of June, including an ocean and fisheries management project, budget support, and work to increase access to economic and social infrastructure in rural areas.

These four new projects add to a World Bank program in Solomon Islands that has already been steadily expanding over the past six months. The World Bank’s existing support to Solomon Islands includes the Community Access and Urban Service Enhancement (CAUSE) project, large scale infrastructure such as the Tina River Hydropower project, analysis and advisory support for government, as well as funding for COVID-19 response.