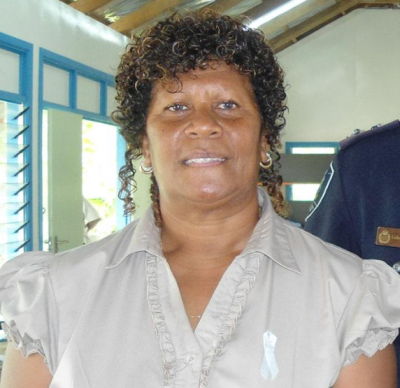 Hon. Premier Rhonda Sikilabu is the first Female Premier of a province in the history of Solomon Islands.

In a statement to SIBC News this afternoon, President of the Women’s Council Ella Kauhue said being elected as the first female premier have made women who have advocated for women’s leadership in decision making positions in the country over the years, very proud.

“It is very fitting that her victory take place at this time when women’s status in leadership and decision making are often questioned by people.

“Being the first Premier of a province, the election of Hon. Rhoda Sikilabu has proven to this country that women can also be in positions that for a very long time are dominated by men,” Ms Kauhue says.

She says the new premier’s victory will give hope to many women, in particular young girls that upon working hard they can fulfill their dreams by representing their people in positions of leadership and decision making, in particular in Parliament.

The Isabel newly elected premier is Member of Provincial Assembly (MPA) for for Sigana Ward.

She was declared as the new premier this morning after she was unopposed when nominations closed yesterday.

SBM Online reports the four-time MPA replaces former premier Leslie Kikolo who resigned Monday this week—a day before he faced a motion of no confidence.

Around 170 participants have successfully completed a recent five days training on Minimum Standard Extra-Care in Gizo and Munda, Western Province. The training is a ... Read More