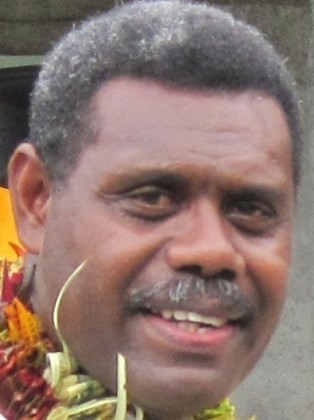 Hon. David Dei Pacha has said his constituency is not normal after the floods. Photo credit: National Parliament of Solomon Islands.

The Member of Parliament for South Guadalcanal, David Day Pacha has described as not normal his constituency following the torrential rains and floods that hit parts of Guadalcanal and Honiara last week.

He says relief supplies to his people cannot be readily delivered not because there aren’t any.

He says the only ship that had been serving South Guadalcanal had been washed ashore in the bad weather therefore he has to secure an alternative transport to carry the relief supplies to his people.

Mr Pacha says he will be knocking on the door of the National Disaster Management Council to arrange airlifting the relief food supplies to his people.

Free lancer, George Atkin reports, the MP did not elaborate on the magnitude of the devastation caused to his constituents.

Reginald Reuban. Photo credit: Joanna Cooney. The Solomon Islands is set to have a one-stop-shop database of maps and relevant information that shows decision-makers where ... Read More

The foundation of a building washed away by the 2014 April flash floods. Photo credit: SIBC. Students of Mbokonavera Community High School will now have ... Read More