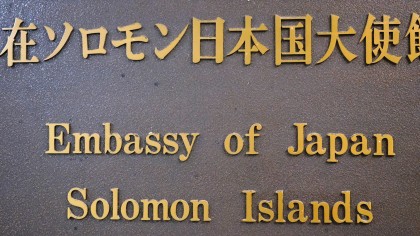 The messages expressed their sincere condolences to the people and Government of Solomon Islands for the great loss suffered from last week’s flash floods and wishes for rapid recovery in the affected areas.

Japan’s Ambassador to Solomon Islands, Satoshi Nakajima also expressed his sincere heartfelt condolences and shared his deepest sympathy with the families and people of Solomon Islands who had been badly affected by the disaster.

In a statement, Japan’s Ambassador and Chargé d’ Affaires, Satoshi Nakajima announced, responding to the request made by the Solomon Islands Government for Emergency Assistance, the Japanese Government decided to give 13 million Japanese yen, approximately 1 million Solomon dollars to Solomon Islands.

The emergency grant assistance will be administered through JICA – Japan International Cooperation Agency.

The relief assistance comprises of blankets, water purifiers and portable jerry cans to assist the relief efforts being carried out by the Government of Solomon Islands and other relief agencies.