Prime Minister Manasseh Sogavare has accepted an apology from a former hardline Malaita leader for his past actions against him and the government. 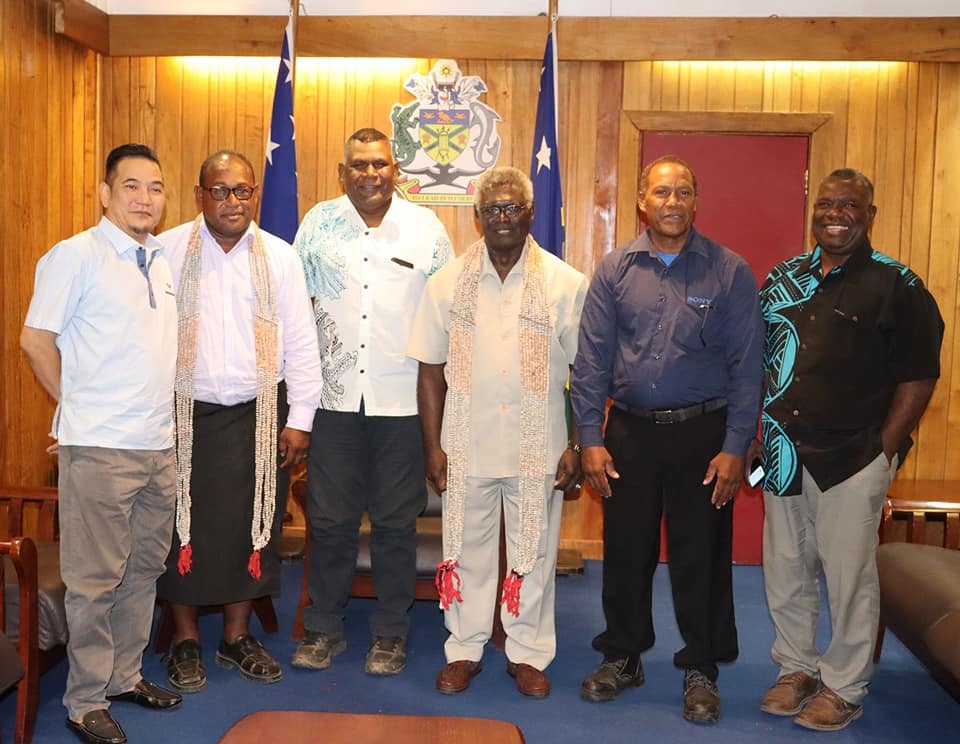 Moses Su’ u, a community leader at Gilbert Camp settlement, requested a reconciliation ceremony with Prime Minister Sogavare and his Deputy Manasseh Maelanga this morning.

Speaking at the ceremony, Mr. Su’u said that he had realized that peaceful coexistence between leaders and ordinary citizens is a prerequisite for moving the country forward.

“Today Mr. Prime Minister, I come with a new heart and mind to say I am very sorry for what I did in the past against you and the leaders of the Government. Please accept my apology,” Su’u said at the brief but moving ceremony.

He says some people are using people like him to push their own agendas against the Government, which he believes will not benefit the majority of people.

“I have realized that some people are using people like us to push their own agendas against the Government, which I believe will not benefit the majority of people. They will be held accountable for their actions soon,” Su’u said.

In his response, Mr. Sogavare says he was heartened by the gesture of sorrow and healing from such an influential leader. 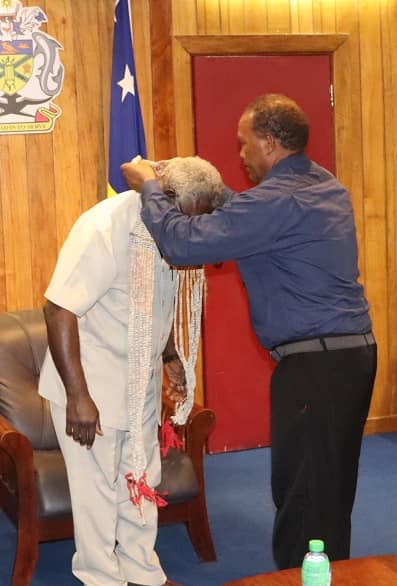 He says, the country’s national motto “To Lead is To Serve” is an important reminder to leaders across the country.

“My brother, thank you very much for coming forward today with a new heart. Let us not dwell on the past. We need to move forward together for the good of our country. Let God be our leader and guide in our endeavors to build our nation.” Sogavare said.

The Prime Minister adds that leadership is not easy as there are difficult situations to go through.

“Leadership is not an easy thing. We leaders will always go through difficult situations but let us always bear in mind that our national motto should be our constant reminder to serve our people,” Sogavare said.

Last week, Mr. Su’u was instrumental in convincing his ethnic supporters not to take part in the protest to the Office of the Prime Minister and allow leaders to sort out the matter in proper ways.

Meanwhile, Deputy Prime Minister Manasseh Maelanga said he was happy with the reconciliation initiative by Su’u and his group.

“I want to congratulate you as a Malaitan leader for coming out to propose a way forward for cooperation and peaceful dialogue as we work to move a country forward together,” Maelanga said. 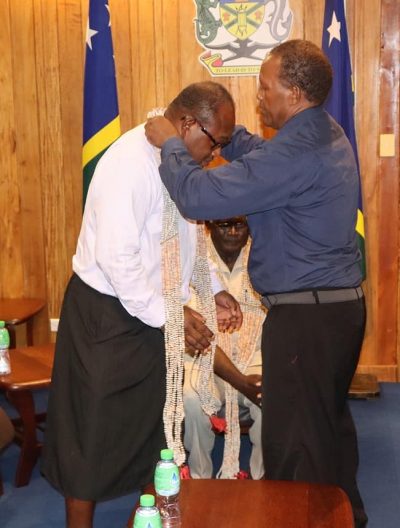 Su’u presented two strings of Tafuli’a (Shell Money) each to Prime Minister Sogavare and Mr. Maelanga to signify his remorse and to ask for forgiveness from the two leaders.

Last week Su’u distanced himself from a so-called planned peaceful protest by a faction of Honiara-based Malaitans to present a petition to the Prime Minister.

He was instrumental in convincing his ethnic supporters not to participate in the protest and allowing leaders to sort out the matter in proper ways.

Mr. Su’u assured the Prime Minister and his Deputy that his group would support the Government, especially; the Police to ensure law and order is maintained in Honiara city. 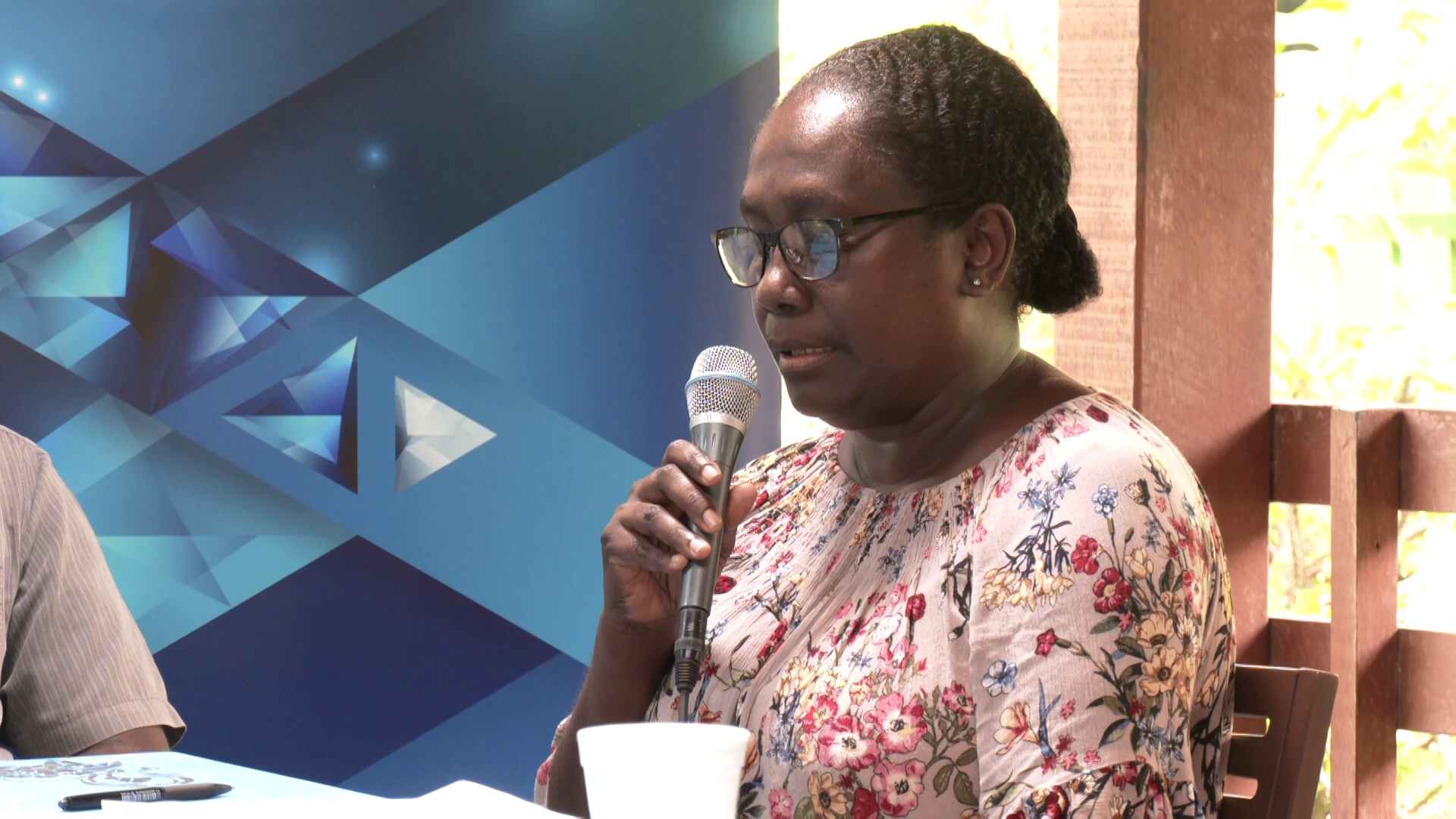 Permanent Secretary of the Ministry of Health, Pauline McNeil The Solomon Islands is COVID-19-FREE to date. This is following the remaining two COVID-19 suspected case ... Read More 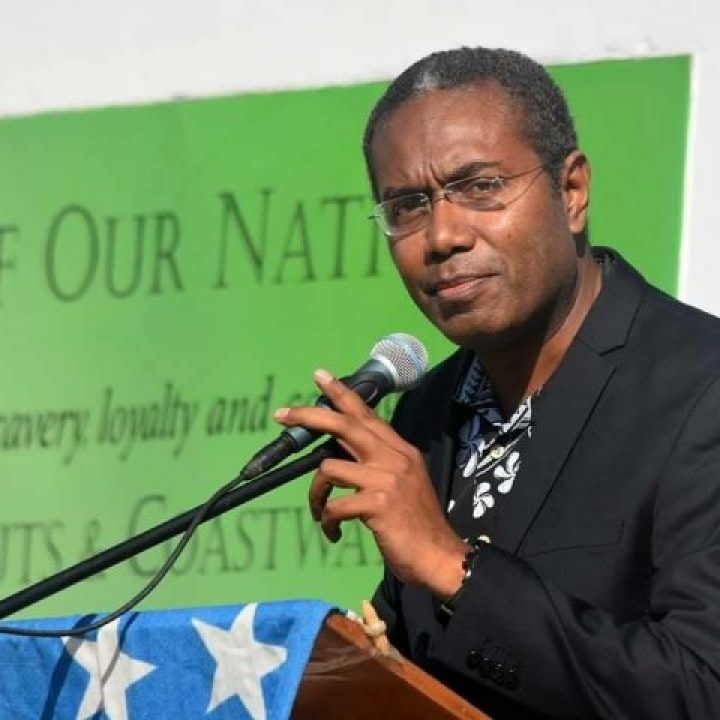 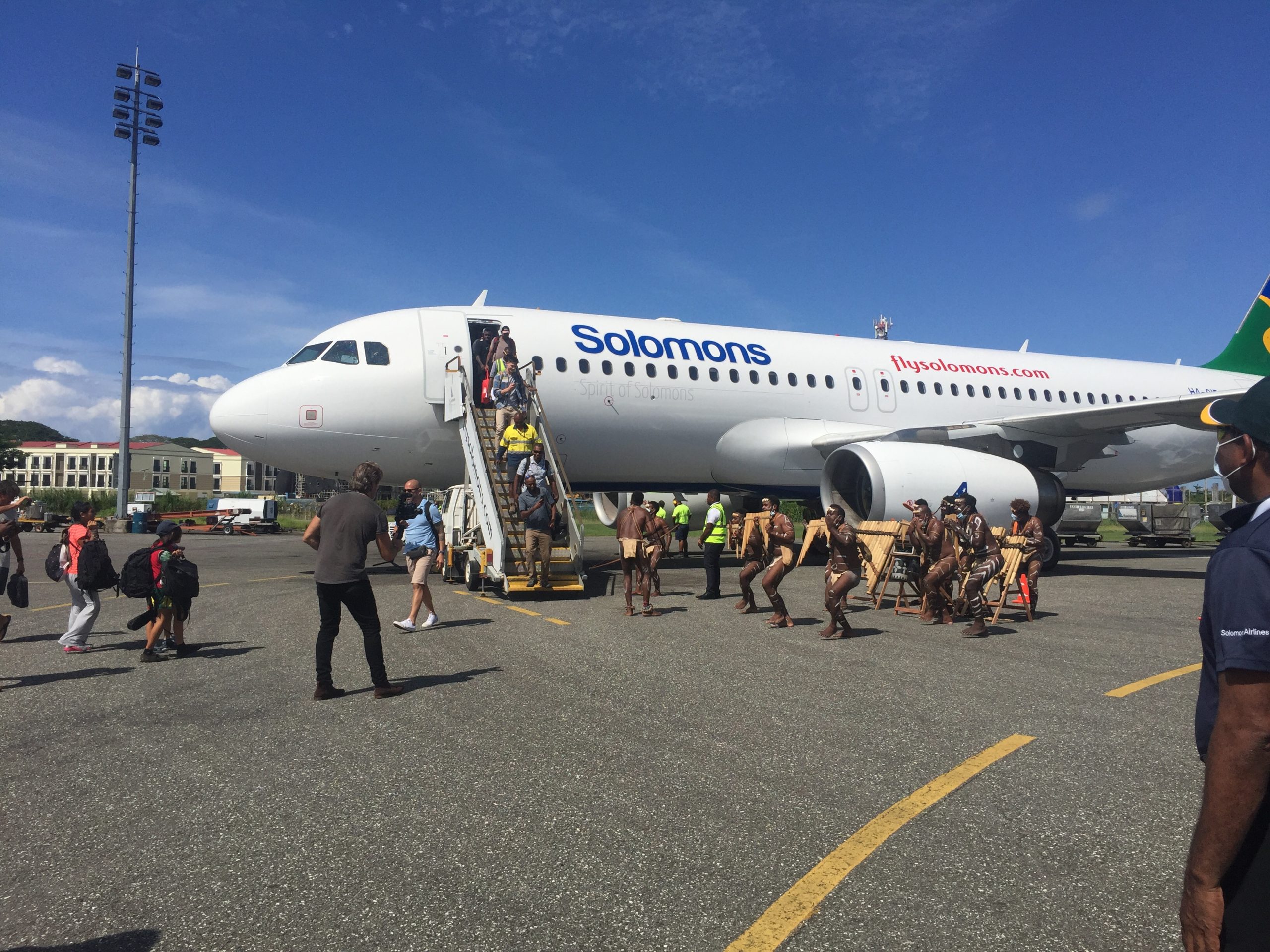 Spirit of Solomon airbus welcomed at the Henderson international airport in an inauguration ceremony. The new Airbus A320 ‘Spirit of Solomons’ H4-SIB has arrived this ... Read More