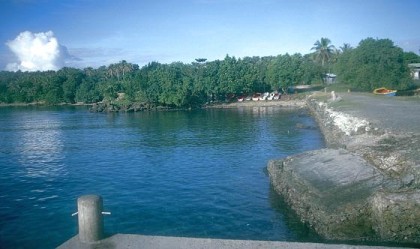 A man from Reef islands in the Temotu Province has disputed reports stating only Anuta Island as being hardest hit by Cyclone Pam, saying it is not accurate.

Samson Maneati made the statement in response to reports on the findings of an aerial survey Australia’s Department of Foreign Affairs conducted on cyclone affected areas in Temotu Province.

Mr Maneati told SIBC News the islands of Tikopia and Reef were also very much affected by the cyclone.

“Temotu province is inside, near the centre of the cyclone. So we feel its full force similar to Anuta. But when we heard it(the report), they were only talking about Anuta. So I am speaking on behalf of Temotu Province, which was damaged by Pam from Tikopia to the Reef islands. If they see the trees standing up, they are only trees. All the fruit are on the ground now.