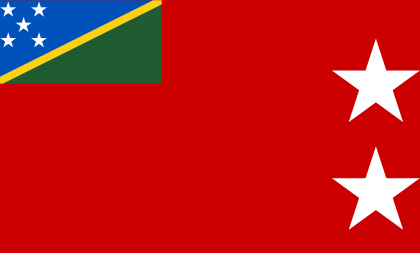 Temotu Provincial Government has condemned the recent arrangement between the Ministry of Mines and Energy and Landowners of Nende Island, allowing an Australian Mining Company, AU Capital Mining Ltd to mine the island.

A reliable post on Forum Solomon Islands International early last week alleged the island has been leased to the company for a period of three to six years soon after getting its prospecting license.

But Premier of Temotu Province Hon. Nelson Omar denies his provincial government’s involvement in any arrangement allowing the company to mine the island adding, the Ministry of Mines fails to consult his government.

“My government was not fully aware of the issue regarding this company’s entry. Why I am making this statement is because normally any interested investor coming into the province would make a courtesy call on the provincial government. This company seems to by-pass the provincial authority and went straight to the landowners.”

Premier Omar call on the concerned parties, especially the Ministry responsible to be responsible and follow the country’s mining laws when dealing with mining activity in the country.

“As our laws have stated, any company wanting to operate anywhere in the province must have to consult the province as the governing body before consulting with the landowners.”