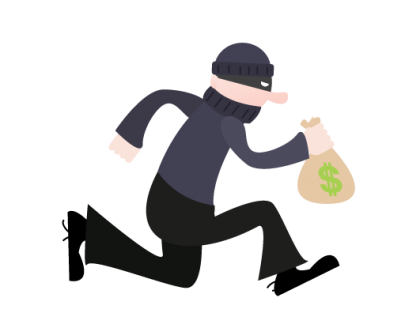 Three Asian men were attacked in Honiara after 9 am this morning in front of the former Westpac Bank now turned Bank South Pacific, by four armed and mask men.

An eye witness, Nelson Gege told SIBC News the Asian men were on their way to the bank when a taxi stopped in front of them and two men got out and tried to grab a carton box from them.

Mr Gege says he was at the scene when the three Asians fought with the masked men, who are trying to get the carton from one of them.

He adds, three of the robbers, however, managed to escape with the box, leaving the fourth person behind.

“The car took off immediately after the men threw the box into it, but one of the Asian men managed to gave chase and hang onto the driver’s door while the car sped off, leaving one of the robbers behind and escaped. The Asian fell off the car when it sped off.”

SIBC News was at the scene after the incident, trying to get comments from one of the alleged victims, but he refused to comment.

An elderly man, facing counts of rape and indecent assault, will appear again at the Magistrates Court later this month. The 72 year old man, ... Read More