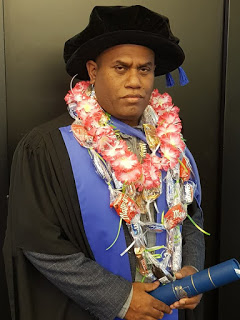 The conversation on traditional governance is important and should not be rushed into legislation.

Dr. Joseph Daniel Foukona from the University of the South Pacific’s Faculty of Arts and Law told an SIBC interview today.

He said the framework for the proposed Traditional Governance and Customs Facilitation Bill 2018 is just mimicking existing state structures.

Mr Foukona says this is not traditional as claimed by the proposed bill.

“It’s not really traditional, rather it’s more like mimicking the state in terms of structure so it will be misleading if you’re talking about traditional.

Dr Foukona who is also a Law Lecturer at USP’s Emalus Campus in Vanuatu adds, the proposed bill also lacks a check mechanism for chiefs.

“I mean how would you ensure that it’s not a con-man who eventually becomes a chief and part of the structure or somebody that’s corrupt or has no understanding of the rules of custom?

“So the traditional governance idea is important for us, it is part of our social fabric and part of our societal foundation. Such an important thing like this needs more time to think and talk about instead of trying to rush a law and create a structure that doesn’t really reflect the idea of traditional governance in different parts of our country”.

SIBC Online understands, the proposed bill is before the Parliamentary Bills and Legislation Committee for scrutiny.