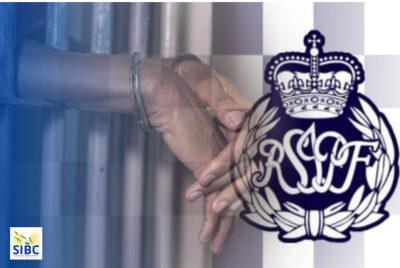 PPC Eria said the suspect and the victim of this rape incident are related to each other and they reside at the same village.

Superintendent Eria adds, the suspect were arrested on 2 May 2022 and Taro police are investigating the rape incident.

The suspect was interviewed on 3 May 2022 and remand for three days to complete the file for the suspect to appear in court on 5 May 2022.

The case file was completed and later on 5 May 2022, the suspect was transported to Gizo and was currently remanded at Gizo Correctional Services.

In a separate rape incident, also in Choiseul Province, Police have arrested a son for attempted rape of his biological mother.

The son, a 25-year-old male suspect allegedly committed the attempted  rape of his 47-year-old mother.

It is alleged that the son attempted to rape his mother while she was taking her bath.

The suspect was alleged to have been involved in smoking marijuana for quite a while now but it is a matter for the right authorities to determine based on investigation. Police could not provide information whether the suspect is mentally affected.

The suspect was interviewed and remanded for three days to complete the investigation. Police will decide whether to charge the suspect with attempt rape or an indecent act.

Currently, Police investigators in Taro are still working on the file and awaiting further advice from the Director Public Prosecution (DPP) Office in Gizo about the matter.