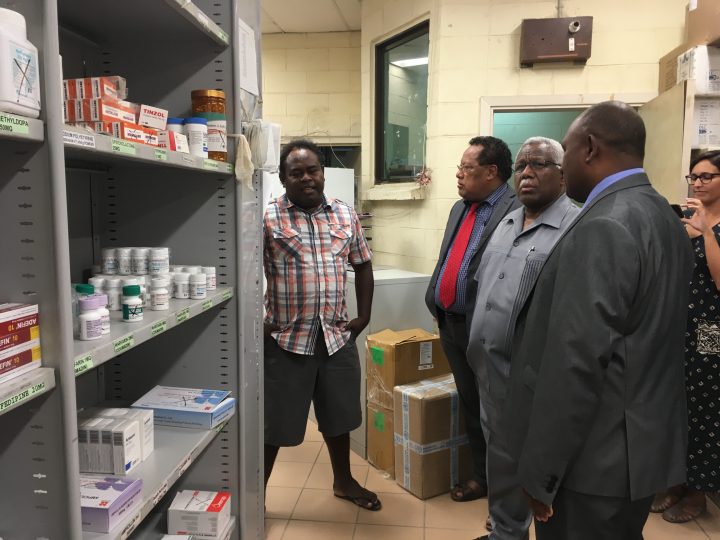 The National Referral Hospital, NRH, now has seventy-six percent of essential drugs in stock as of last Friday.

Australia through its Aid Program AusAid, New Zealand and the World Health Organisation, WHO, donated cartons of essential emergency drugs to the National Medical Store.

Speaking in a brief handover ceremony at the National Medical Store in Honiara, Prime Minister Hou said he was happy to inform the public on the current situation.

“I am very happy to report that as of last Friday, 27th of July 2018, the National Referral Hospital now has seventy-six percent of essential drugs in stock as compared to sixty-two percent twelve days ago on 18th July,” he said.

“Just over half of these we’ll have less than six months supply. However, I’m told that with all our full order expected within two months we should be back to normal supply by the end of September.”

Despite the overall drugs situation steadily improving, the Prime Minister said transporting bulky stocks by air was a challenge.

“We are still facing challenges with consumables which are bulky and are not easily brought in by air. We continue to move smaller volumes of consumables on each flight coming into the country,” he said.